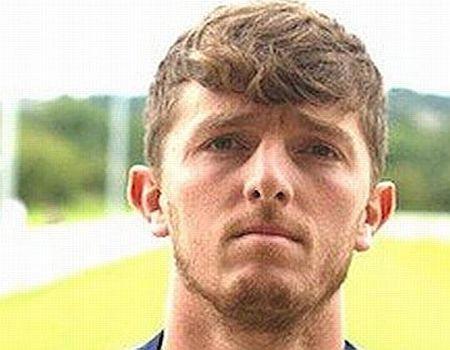 It seems that new loan signing Josh Wilson has been itching to join The Coasters for some time and is now delighted he’s got the chance to join what he calls an “exciting project”.

“I’ve come here because it’s an exciting project that’s going on here and I’ve wanted to be a part of it for quite a while” Josh explained.  “I’ve always kept an eye on it in the distance and seen how it was getting on.  I’ve always had a good relationship with Chally so to finally come here and play is brilliant for me.”

Josh made his debut for Fylde in the 0-0 draw with Stockport County on Saturday but was hugely disappointed his new teammates couldn’t get the win he thinks they deserved.  Josh said “I’m a little bit disappointed not to get the win against Stockport to be honest.  Looking back at the game I thought we had the best chances and on other days they go in but Stockport got bodies on the line and managed to take a point.

Stockport’s game plan was clear to see in Josh’s eyes as he added: “I think you could see that at the final whistle that that’s what they came here to do so yeah it’s two points lost but it could have been worse and on another day they could have pinched a win so you’ve got to be happy with the point.

Josh considers himself a team player and will look to link up with Fylde’s wide players in his time with the club.  One of his self-confessed attributes is that he likes to play with his back to goal but added “I can also drop into midfield and be a box to box midfielder but if you put me up front I’d be the type of player that is likely to bring Richie and Barnesy into the game.

“I think I did that well against Stockport with Lloydy in particular to create a couple of chances and on another day he’d score them.”

In terms of his own performance on his debut he claimed: “I was satisfied with my overall performance but I wouldn’t say I was pleased because would rather have got on the score sheet and got the three points but then again I don’t think it was a bad performance by me.”

He’s certainly no selfish striker as he explained how he is a team player and went home disappointed on Saturday night because Fylde didn’t win.  “I could have scored two today and it finished 2-2 but I’d still be disappointed as I’m certainly more of a team player than I am an individual.”

Overall he is delighted to have joined Fylde and was full of praise for his new team mates and is determined to do well in his time here.  “Everyone’s made me feel welcome and I thought I showed that today and I thought I slotted in reasonably well.  Obviously my fitness levels are not where I want them to be at the moment so maybe another couple more training sessions and they should be.”

Josh initially joins on a month loan from FC Halifax Town but hopes he can do enough on the pitch to stay for longer: “it’s great to be here playing football again and I want to be happy all the time so fingers crossed something can come at the end of it but if not maybe there’s always another time.”

You can watch the full post-match interview with Josh Wilson, and Caspar Hughes, on the club’s YouTube channel or just click on the link above.