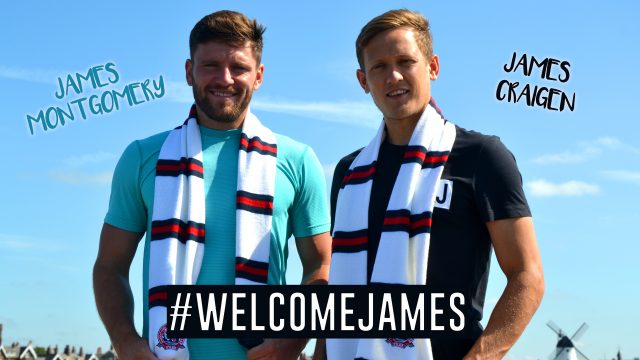 The Coasters have boosted in key areas this afternoon, with the double signing of Goalkeeper James Montgomery, and utility player James Craigen.

The duo become the Coasters 8th and 9th signings of the summer, following on from most business conducted back in May.

In the midst of the UK heatwave, the lads took to the beach in Lytham – after the idea of using the iconic windmill was pitched by a supporter. 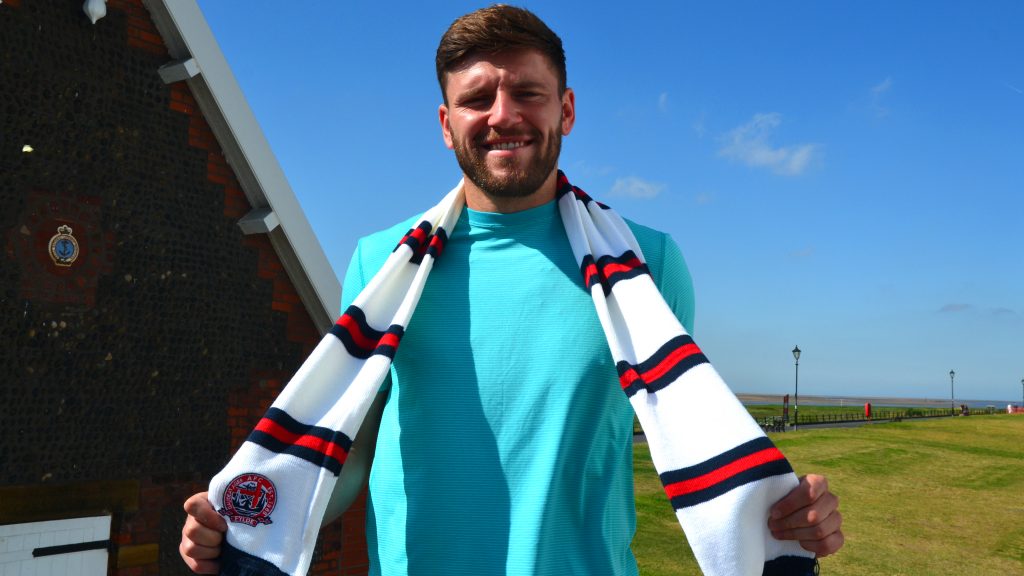 Montgomery, 25, joins the Coasters from Forest Green Rovers, who he joined last summer from Gateshead.

He made 25 appearances for Rovers in all competitions last year, a number which would have been more if not for a freak injury that kept him sidelined.

Coasters boss Dave Challinor is chuffed to have got him man however, and admits he’s been a fan for a while.

“He’s been one on our list for three years really, but once someone moves up into the Football League, you know it will be tough to pull it off,” said Challinor.

Born in Sunderland, Montgomery first made his name at Telford, before his switch to Gateshead in 2017. Craigen, 28, joins Fylde following his departure from Dunfermline – where he made 48 appearances in his time at the club.

After a succesful trial at the club which saw him feature in all pre-season fixtures so far, Fylde Manager Dave Challinor was delighted to bring him in.

“James is one who has been off the radar a little bit up in Scotland, but being from Preston originally, he wanted to get back down here,” said Challinor,

“His big thing for us is his versatallity,” he continues.  “Although he can play as a holding midfielder, he played as a full-back last year, and that gives us great options.”

Both James Craigen and James Montgomery will be available for tonight’s game at FC United, and are expected to be involved.

To get yours, ahead of the start of the season, click here.