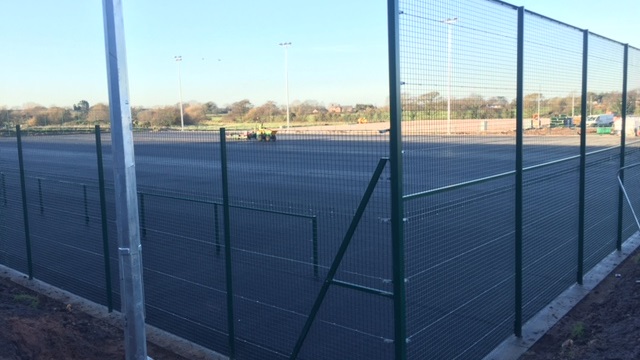 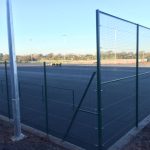 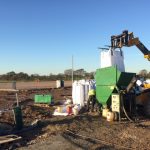 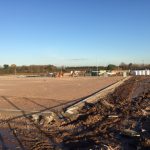 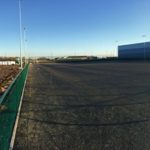 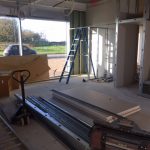 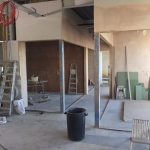 Work has continued on the club shop, offices and the 3G pitches this week at Mill Farm.

The plasters have started on the offices and the individual offices have been formed, whilst the glass positions for the office walls have been ordered.

The first fix of electrics to the space has been completed and the sub-station is under construction.

Around the development, landscaping work is continuing at the sides of the road leading up to the stadium, whilst the area between the east stand and the main road is being tidied ready for the planting of trees. 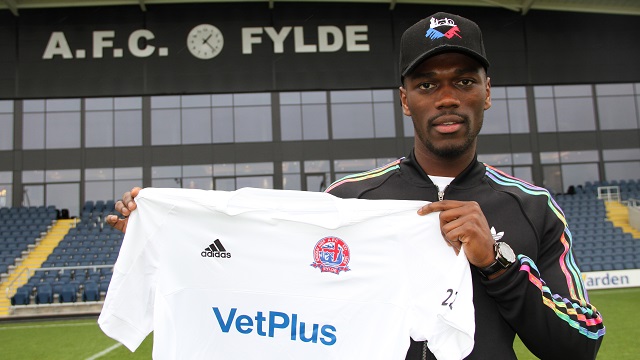 The pacey frontman joined the high-flying National League side in the summer from Chorley, where he netted 21 goals last season.

Former Bradford City academy player Stephenson signed for the Magpies from Southport in 2012 and scored 62 goals in 157 appearances during a three-and-a-half year spell at Victory Park.

Stephenson was delighted to get a deal done and said: “I’m very much looking forward to getting started now. I’ve had a look around the ground and heard what the manager and the club are trying to do and I want to be a part of that.” 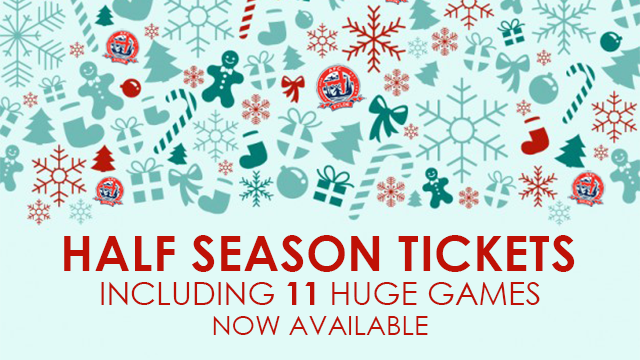 Looking for that perfect Christmas gift? Our Half Season Tickets include 11 huge games and are now on sale, starting from just £100 for adults.

This fantastic offer includes the high-profile visits of Chorley, FC United of Manchester, Kidderminster Harriers, Stockport County and Darlington plus many more!

Other benefits include 10% off food and drink in all Mill Farm outlets and 15% off all club merchandise. 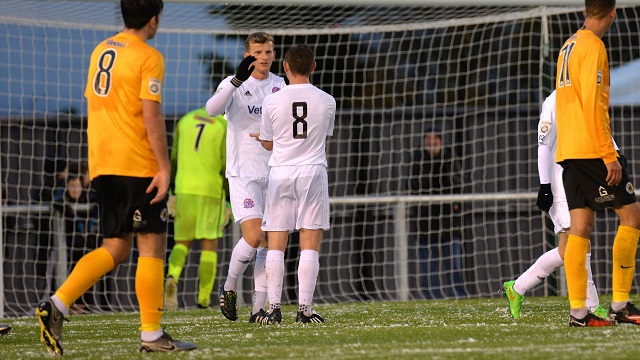 AFC Fylde’s mammoth 9-2 victory over Boston United last weekend has broken the record for the highest scoring game ever in the National League North!

The Coasters also moved up to second in the list of biggest victories in the competition – a record coincidentally set by Boston themselves with a 9-0 victory over Redditch United during the 2010-11 season.

Our current club record for the biggest win came in a 10-0 away victory at Droylsden in October 2013.