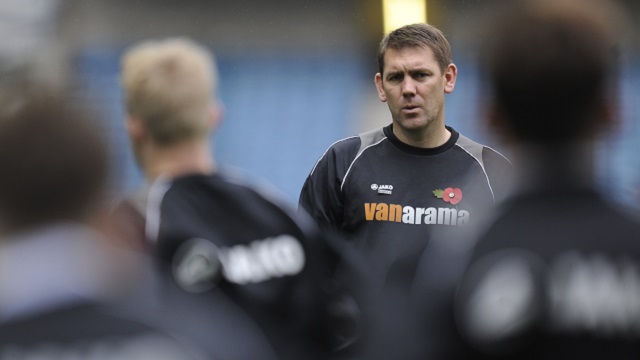 Manager Dave Challinor believes his side showed real character in the 2-2 draw at Harrogate Town.

The Coasters twice came from behind to earn a point from the match and Challinor was delighted with his side’s spirit.

“We definitely see it as a point gained rather than two dropped. This is a tough place to come and they are a good side as they showed.

“We got off to a bad start again and early on we were hanging on. As the game wore on we managed to find our feet and grew in to the game with some chances of our own.

“Going in at 1-0 down at the break was probably a fair reflection of the game. We spoke to them at half-time and I thought the lads showed a massive amount of character in the second period. We were greatly improved after half-time and got a deserved equaliser.

“Their second goal from their perspective was a good goal, but from ours it could have been avoided.

“So we were disappointed to fall behind so soon after getting ourselves back into the game.

“However we showed real spirit and got what in my eyes was a deserved equaliser.

“We haven’t had a lot of luck with injuries recently and now it’s even worse. Dom Collins picked up an injury before the game and then we lost Alex Whittle early into the match. Then Richie Baker goes off with a broken nose so we are the walking wounded at the moment and I think a point was a decent result for us.”