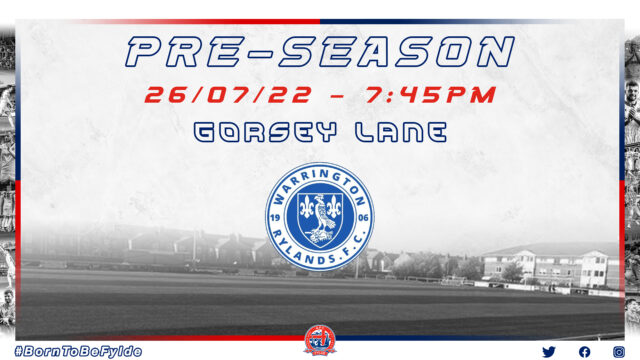 We can confirm that the Coasters will face Warrington Rylands in their penultimate pre-season friendly before the start of the new season.

James Rowe will take his side to Gorsey Lane to take on the Blues, which will take place on Tuesday 26 July, with kick-off scheduled for 7:45pm.

It will mark the second consecutive friendly between the two clubs after both played out a 1-1 draw during pre-season last year, where Nick Haughton came off the bench to snatch an equaliser for Fylde.

Admission details for the fixture will be announced in due course.