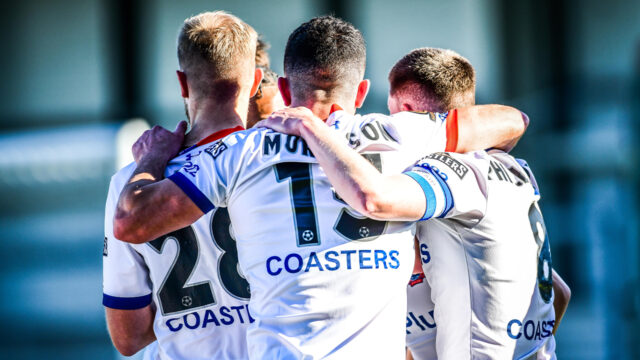 March has certainly been a busy month for the Coasters, with seven games in total being played throughout the month, and it is now time for you to vote for your Player of the Month.

The start of the month started on a sour note after a 0-2 loss to York City, which led to Jim Bentley leaving the Club and Nick Chadwick being placed in interim charge, a short period where he returned a 2-0 win against Bradford P.A. at Mill Farm.

Just two days later, James Rowe was appointed as the new boss, and his side got off to a flyer under the new regime, beating Kidderminster Harriers at Aggborough by a single goal, leading to a run of three more unbeaten, seeing a total of 10 points redeemed from a possible 12.

Despite the Coasters’ recent loss to Gloucester City, overall, March has been successful, and you can now have your say by voting for your Player of the Month.

VOTE FOR YOU MARCH PLAYER OF THE MONTH!