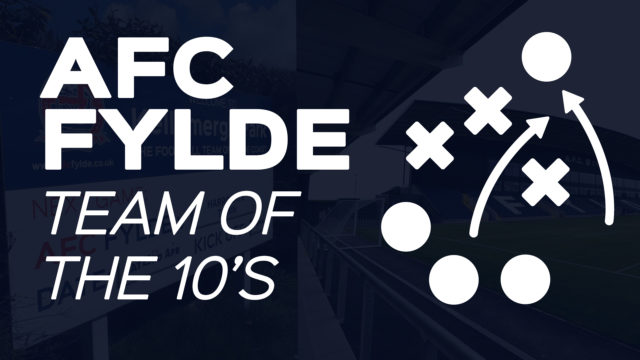 VOTE | Coasters Team Of The Decade

We’re asking supporters to whittle down our Team of the Decade – and decide on an XI from the 2010’s.

After promotions, trophies and plenty of memorable moments, it was tough to draw up a shortlist.

But after a initial consultation with supporters, we have 22 players to choose from.

To vote, head through to the AFC Fylde Twitter, and choose each position.

We’ve spoken to supporters to compile an initial shortlist – and it’s now over to you to have the final say.

All will be revealed in the matchday programme on the 27th December.

The final XI will be revealed in the match day programme when Stockport County visit Mill Farm on Saturday 28th December.

Tickets for the clash are available here.