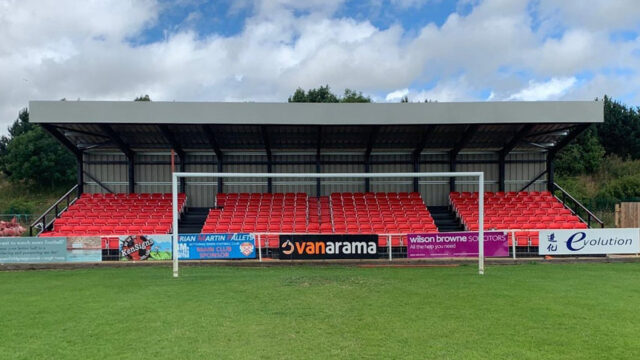 Our next team ‘under review’, is Kettering Town.

Ben Milnes – The midfielder has impressed since joining from local rivals Corby Town in 2017 and has scored a number of important goals during his time at the Poppies. He is renown as a deal ball specialist scoring several impressive free kicks.

Paul Cox – The former Mansfield and Barrow manager enjoyed two spells as a player at Kettering when the club played in the Conference at Rockingham Road. He successfully steered the club to safety in his first season before the outbreak of Covid-19 ensured all current members of the National League North would remain at the level.

This will be the first ever competitive meeting between the two sides.

The distance from Mill Farm to the Latimer Park is 173.1 miles via the M55 and M6 motorways and should take approximately 3 hours to drive.