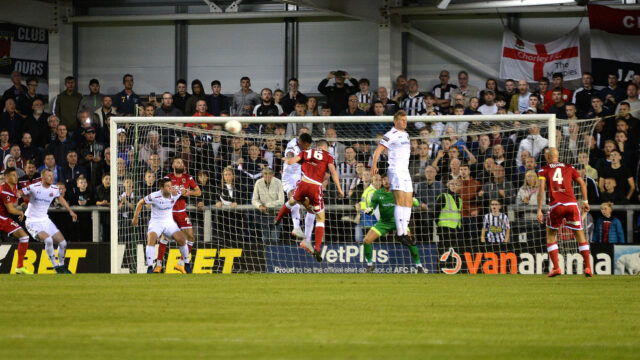 Our next team ‘under review’, is Chorley.

Alex Newby – The talented attacking midfielder scored 6 goals as Chorley finished bottom of the National League table and has since earned a move to League One side Rochdale.

Jamie Vermiglio – A long time assistant manager of the club, Vermiglio became the firsts team manager with the Magpies in 2018 after the ressignation of Matt Jansen. He guided the club to the National League via the play-offs in 2019 and made over 200 appearances for them over three seperate spells as a player.

The last meeting between the sides was a lacklustre affair, with defences on top in a 0-0 draw at Mill Farm last August. Fylde had several great chances, the best of which fell to Kurt Willoughby but the Magpies held firm to earn a point.

The distance from Mill Farm to Victory Park is  22.5 miles via the M55 and M6 motorways and should take approximately 30 minutes to drive.