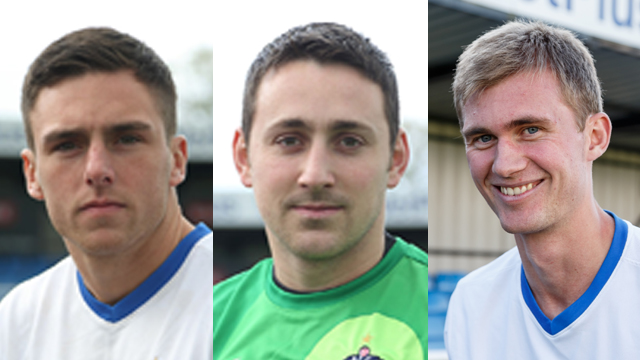 THREE AFC Fylde players were ranked best in the league by their fellow clubs at the end of season awards.

Keeper Ben Hinchcliffe, defender Josh Langley and midfielder Brad Barnes were selected by the fellow clubs for after playing an integral part in The Coasters second place finish in the Conference North last season and have been duly recognised for their outstanding performances.

Boss Dave Challinor said: “To again get three players in the team of the year is just deserts for the players efforts over the season. To be voted in by the managers of the other teams is a real compliment to Ben, Brad and Josh. “

Challinor added: “There are other lads within the squad who can count themselves very unlucky not to be selected but I’m sure many got votes. I’m sure if you ask the three lads though, they’ll confirm that without the rest of the squad they wouldn’t have got the recognition they have.”

All three players are contracted for the forthcoming season and you can watch them, along with the rest of the team, as The Coasters look to gain promotion for the National League North.

Don’t forget to get your AFC Fylde season ticket for the new season.

Download our season ticket brochure and application form AFCFyldeSeasonTickets2015-16  or call into the Club Shop in Kirkham to purchase your season ticket which is open from 8am until 5pm Monday to Friday or Saturday from 9am to 12 noon.