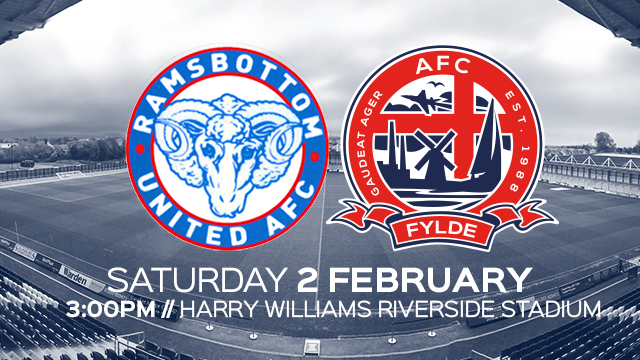 AFC Fylde’s Third Round draw in the Buildbase FA Trophy has been confirmed, with the Coasters set to make the short trip to Ramsbottom.

The replay of the second round took place last night on the south coast, with Ramsbottom United overcoming Weymouth 1-3, thanks to two goals in the second half.

This year’s FA Trophy run has equalled the Coasters best ever effort, and if they can overcome Ramsbottom will book themselves a place in the quarter-finals.

The tie is set to take place on Saturday, February 2nd, with further details to be released in due course.