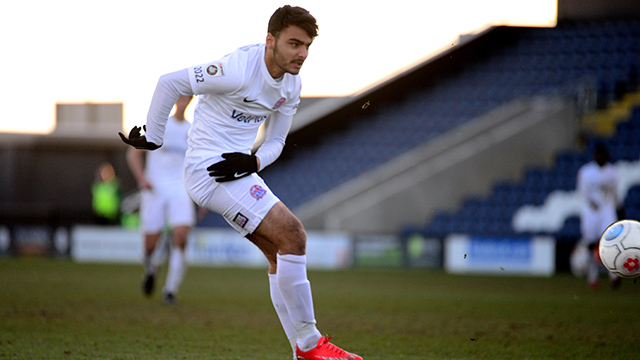 AFC Fylde youngster Serhat Tasdemir had his first call-up for the Azerbaijan U19 side this week – and he marked it in style.

Playing against Krasnador Region of Russia, Tasdemir struck in a 1-1 draw in a friendly fixture which is part of a training camp ahead of U19 Euros resuming in March.

Watch the goal below:

Azerbaijan will next take on the Kuwait national U-19 team on January 24, Norwegian Tromso on January 27 and Russian Dinamo-2 on January 30.

Tasdemir will, therefore, miss this weekend’s fixture with Solihull Moors, and return to AFC Fylde on the 31st January, ahead of the FA Trophy tie with Ramsbottom United on 2nd February.