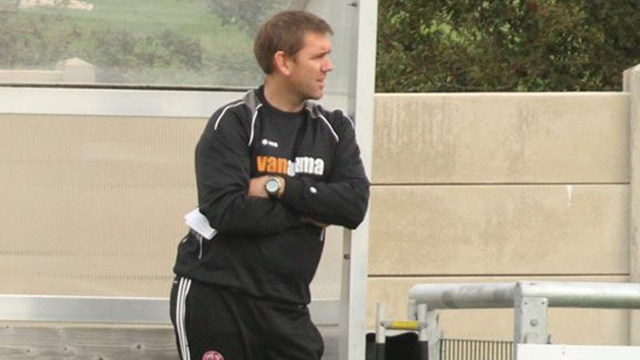 Taking nothing for granted

AFC Fylde face a double-header of National League North matches against relegation-threatened clubs over the next few days as they look to close the gap on table toppers Solihull Moors.

However, manager Dave Challinor insists his side will be taking nothing for granted against two sides fighting for survival, starting with Worcester City tomorrow.

“Being at home against a side at the wrong end of the table would look like we are big favourites going into the game,” said Challinor. “However we are experienced enough to know that it doesn’t work like that.

“Worcester and Corby are both fighting for their lives and they have more than enough in their squads to cause us problems.

“We have to make sure we get our own game right and there will certainly be no complacency from our perspective.

“We are in good form and we have started to show glimpses of what we are capable of and tomorrow is a chance to do that in front of our own fans.

“We have two really important home games followed by two equally important away games before we switch our attention back to the FA Trophy.

“This division always takes quite a while to settle down and see whereabouts teams will finish. The top six are starting to pull away now so anyone below that will have to make quite a big push to get into that now.

“Nobody is really adrift at the bottom at the moment so there is still a lot on offer for both Worcester and Corby.

“We have to put pressure on the teams around us and win as many games as possible. We are doing everything we can at the moment and we have to continue that.

“It’s no coincidence that we have started to show better form now that we finally have a fully fit squad. We took 19 players down to Eastbourne and we will again be in a position where we have to leave players out.”