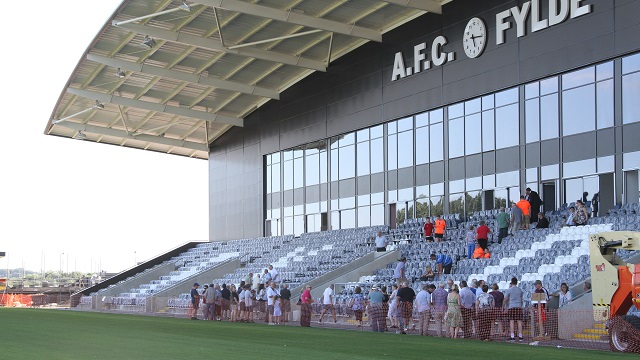 Over 100 supporters enjoyed a VIP tour around Mill Farm with the special chance to try out their new seat ahead of the season.

The Coasters fans were given a whistle-stop tour of the facilities by chairman David Haythornthwaite and manager Dave Challinor, including a peak into the impressive changing rooms and our new function suite Churchill’s.

Kirkham Mayor Keith Beckett was amongst those who have already sealed their seat for next season and he was both reminiscent about the past and excited about the future in equal measures.

“I have been a supporter of the club for well over 20 years,” said Keith. “I remember donating £50 to the club during my first term as mayor in 1982 and back than that was enough to buy a full strip for the team!

“There has been so much progress since then and we are entering a new era with this move to Mill Farm. Kellamergh Park was fantastic at the time but this is another level up.”

Eight-year-old fan Luke Young could not hide his delight at the new stadium when asked his opinion: “No I don’t think it’s good – I think it’s excellent!”

Well that’s good enough for us!

To get your hands on a season ticket for next season, please click here 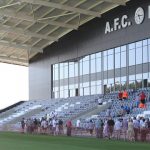 Fans check out the new stadium 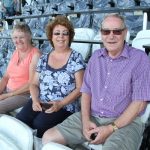 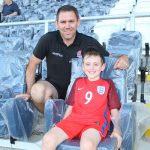 Dave Challinor shares his seat in the dugout with Luke Young 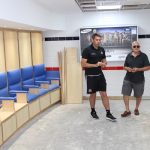