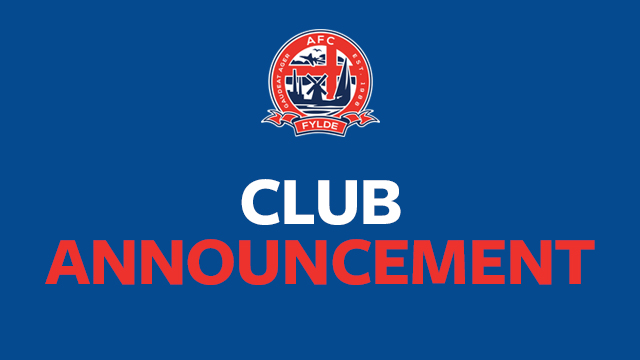 Following Trevor Sinclair’s appearance on Talk Sport, AFC Fylde have been asked to confirm our position regarding the situation.

Chairman David Haythornthwaite said: “We have been in discussions with Trevor for some time. He is a local lad and he has great affection for the club and the area and is well known to the Blackpool fans for his time there.

“When the chance arose to get Trevor involved, we were keen to pursue it. The manager met with Trevor to discuss the opportunity and discussions are ongoing.

“We are hopeful of a positive outcome in the not too distant future.”

Manager Dave Challinor said: “We have been in contact with Trevor since the start of the season. He parted company with Lancaster and there was a desire from both sides to get him involved.

“Initial talks about a potential role are ongoing and we are keen to get a deal done.”

Trevor Sinclair said: “There is a very exciting situation developing. AFC Fylde are a fantastically ambitious club and I too am equally as ambitious as a coach as I was a player. If a deal is done then I feel I could have a positive impact at the club going forward.

“I have been following the club for a few years now and the opportunity would suit me down to the ground.”