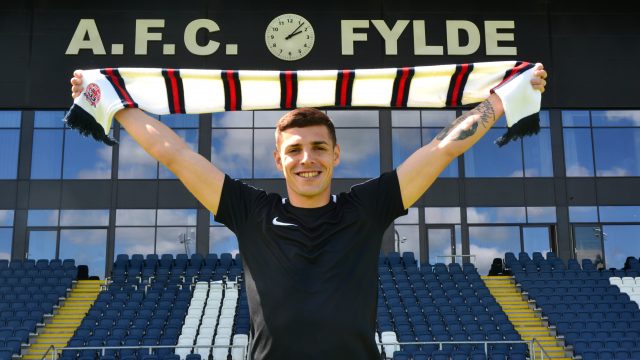 Dave Challinor has completed his first piece of business of the summer, signing left-back Scott Duxbury from Stockport County.

Duxbury, 23, joins AFC Fylde on a two-year deal, with the option of a third, having spent four years with The Hatters, making 204 appearances.

“He’s a young player with good experience, and comes from a team used to playing a club with plenty of expectation – so he can deal with that side of it,” said Dave Challinor. 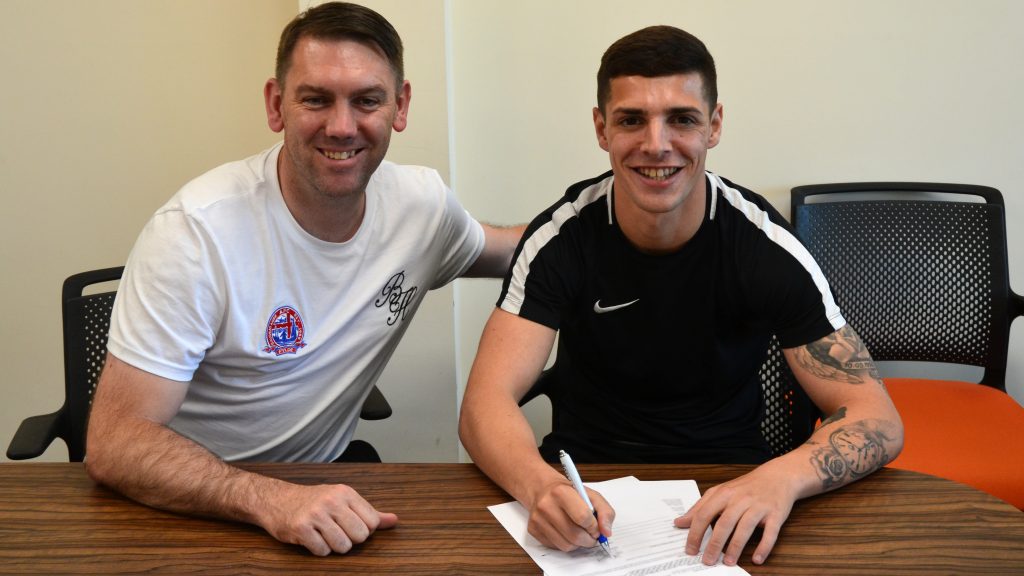 “He’s played over 200 league games at National League North level, and we are confident that we can continue to develop him and make him better.”

Duxbury enjoyed two spells at Edgeley Park, and was a key player in their National League North title-winning side this season – playing in both encounters against AFC Fylde in the FA Trophy too.

“It’s class, and I’m looking forward to the new challenge,” said Duxbury. “The club have a good plan in place and I want to be part of that, and push on.”

“After being there for so long it was a difficult decision for me to make, but for the future it was in my best interest, and in going full-time it will help me push on.”

“He’ll be helped by going from part-time from full-time, there’s ability now, but the chance for us to have him on the training pitch full time will give us a great chance to develop him.”

“There was plenty of interest in him, and we’re delighted he’s chosen us, as he has the belief that we’ll be up there challenging again next year.”

Asked about what Fylde fans can expect from their new man, Duxbury was clear on his intentions.

“I’m one that likes to get forward, but also defensively solid – I want to work hard and prove to the fans how good of a player I am,” Duxbury said.

Further transfer information, including the club’s retained list, will be made available once the manager has had the opportunity to speak to all of the players.