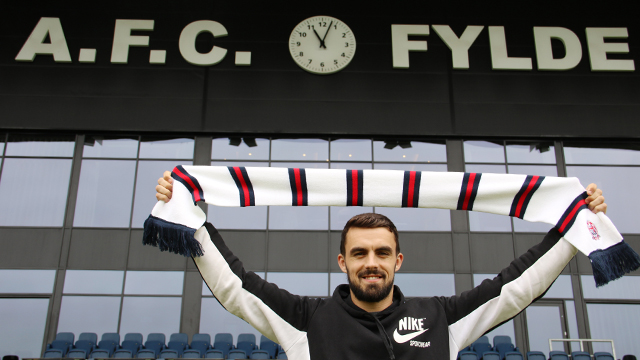 AFC Fylde are delighted to announce the signing of Jordan Williams from Rochdale on a two-year deal.

Williams joins following the expiration of his contract at Rochdale, where he made 24 appearances in League One this campaign.

“Jordan had a big jump from this league to League One, and for one reason or another it’s not worked out for him,” said Coasters Boss Dave Challinor.

“From our perspective, he’s a strong runner, powerful, and can play across the front three, or do a job as a left-wingback if we wanted to play with a three at the back.”

“He has experience at this level, and has shown in his time before that he’s capable of being very effective, and scoring and creating goals.”

“We’ve been strong in that area before, and we want to continue that – and take the pressure off Rowey if we can by drawing upon others.”

Whilst at Rochdale Williams also played on loan at Lincoln City, but with his move to Fylde now set, his aims at Mill Farm are clear to see.

“I wasn’t playing week in, week out before, and I’ll obviously have to earn that when I come here, but that’s massive for me,” said Jordan Williams.

“I’ve played at this level before and I know what it takes to challenge in this league, and I think I’ve got all the attributes to help Fylde push on.”

“I’m fast, I’m strong, and I like to put balls into the box,” continued Williams. “I’m left-sided, but have played up front as well which I’ve enjoyed – so flexibility is definitely something I offer.” 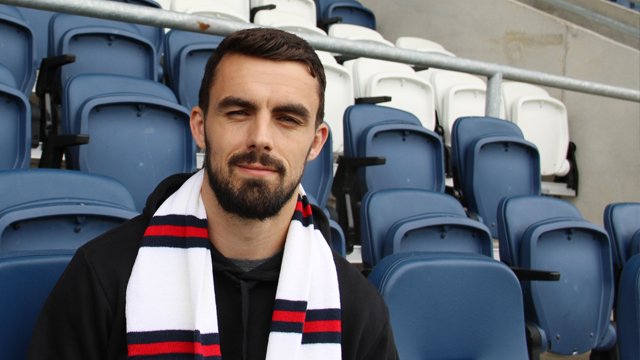 Williams is the Coasters second attacking signing, following the announcement of Matty Kosylo from Halifax Town.

With the squad starting to take shape for next season, Williams message to the Fylde fans was a defiant one.

“It’s a club going in the right direction, and I really want to be a part of it.”