AFC Fylde’s transfer business has continued in fine form this afternoon, as creative midfielder Mark Yeates signed for the club. 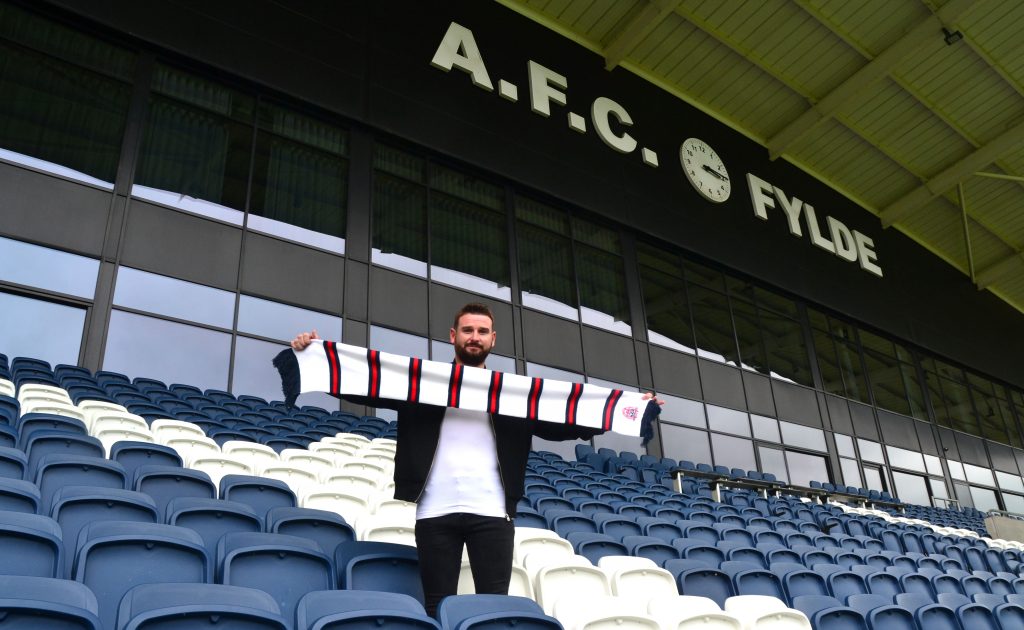 Eastleigh narrowly missed out on a trip to Wembley, after losing on penalties in the semi-final to the eventually promoted Salford City, in a game where Yeates set up the equaliser.

The new Fylde signing was excited about the new opportunity and made his intentions clear with the season ahead.

“I think from playing against [Fylde] the way they try and play football, and the whole set up, it’s a club going in the right direction, and this all made me want to sign,” said Yeates.

“My two years at Eastleigh have been very productive, but with the signings that have been made at Fylde I’d like to think I can help people put the ball in the back of the net.”

“He’s a player that can play in a number of positions, which is always something we look for,” said Coasters boss Dave Challinor.

“We wanted to add more goals to the team, and creation of goals, and he certainly brings that, and he’ll definitely pitch in and add to what is an already strong forward line.”

With the departure of club stalwart Andy Bond this summer, the added experience of Yeates is something that’s certainly not lost on Challinor.

“We’ve always said that adding experienced players who don’t detract from the way we play in terms of our philosophy,” Challinor said.

“Yeatesy has had a great career, but ultimately last year he made over 40 appearances, and his record of assists was well documented.”

Mark Yeates is the sixth summer signing, as everything shapes up nicely for next season.