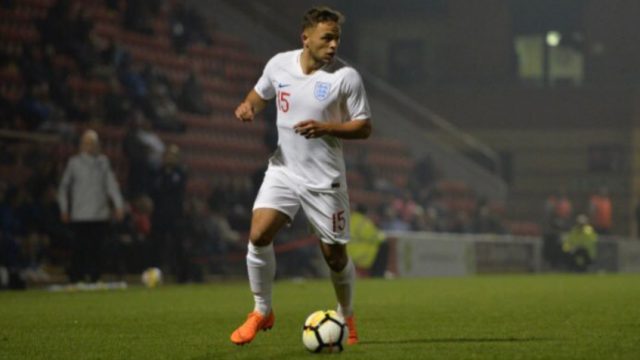 AFC Fylde have completed their fifth signing of the summer, as forward Kurt Willoughby joins the club following his departure from FC United.

The 21-year-old striker signs for the Coasters following a 19-goal-haul in the Vanarama National League North for FC United of Manchester.

The striker made a name for himself playing for AFC Blackpool in, scoring 40 goals in just half a season at his time there.

After his time at AFC Blackpool, Willoughby was picked up Clitheroe, where he continued his prolific form, scoring 26 goals in the league and earning a place in the league team of the season.

With three consecutive seasons where he’s returned over 20 goals, Manager Dave Challinor was very happy to get the forward signed on for the next campaign.

“Kurt’s scored lots of goals at a lower level – he’s not a risk, but he’s certainly a project for us,” said Challinor.

“He’s coming up a division and back into full-time football, so there are lots of challenges.”

“As a local lad it’s a good move for him, and really there’s no-one better to learn off than ultimately the best goalscorer at this level in Danny Rowe.”

“He’ll look to stretch the game and run in behind, and expand the game, as will other new signings we’ve made,” continued Challinor.

“This will only help the likes of Rowey, but also help how effective we are on the counter-attack, which is crucial.”

Kurt is currently away on England C Team duty in Estonia but a full story will follow upon his return.