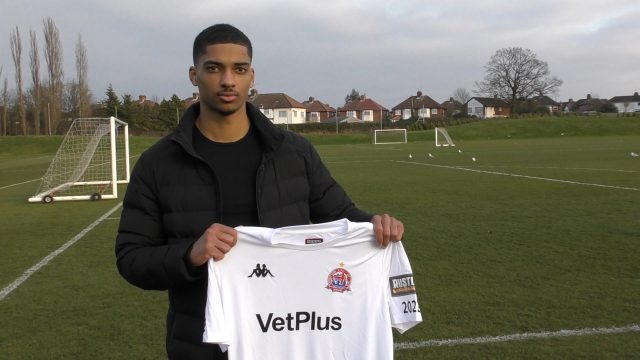 The club are delighted to confirm that forward Mason Bloomfield has joined the Coasters on-loan from Norwich City.

The 22-year-old had his loan at Hamilton ended with the intention of joining the Coasters, and he joined up with the squad for the first time today ahead of a loan deal which will run until May 31st.

Training at The Hive in London, the Coasters went through their final preparations ahead of Saturday’s game with Bromley.

Bloomfield joined Norwich City in the summer from Dagenham and Redbridge, where he made 26 appearances in his first season, including ten starts, returning three goals.

This season, he moved on loan to Scottish Premiership side Hamilton, where he found his playing opportunities limited.

However, he still returned one goal from his five appearances, scoring a dramatic late winner from the bench against Livingston.

Bloomfield will be given the No. 17 shirt and will be available for selection for tomorrow’s game against Bromley.