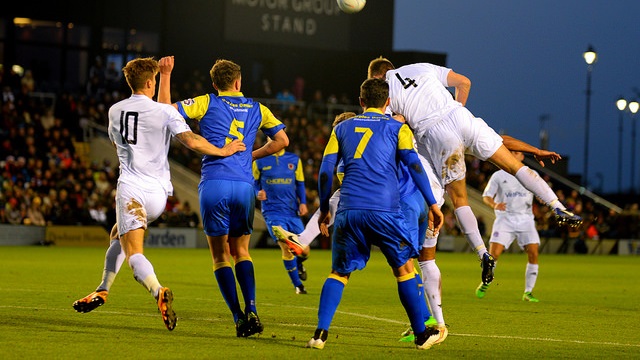 “We were second best” – Challinor

AFC Fylde manager Dave Challinor admits his side were second best in the 2-0 home defeat against Chorley.

The defeat was the Coasters’ first at Mill Farm and Challinor was disappointed with the performance of his side.

“It’s disappointing but we were second best today. It’s as simple as that. For 20 minutes, we were okay. We were on the front foot and then we just became negative in the way we went about things.

“In all honesty, the first goal was coming. From that point onwards, we stopped playing, we stopped moving the ball and we stopped competing.

“The second goal was horrific and it came at a poor time. We’ve conceded goals either side of half-time which ultimately gives you a mountain to climb.

“We’ve huffed and puffed in the second half but we probably just needed a break to try and get a goal back. We didn’t do that and we didn’t do enough. Nowhere near enough.

“We expect to go to Chorley and have the same type of game. It will be a local derby that is a battle. Will there be a load of free-flowing football? No, I don’t think that there will, but you have to do the basics and you have to compete.

“You need to win first balls, second balls, you need to compete and put the ball into good areas. We need to do that more.”