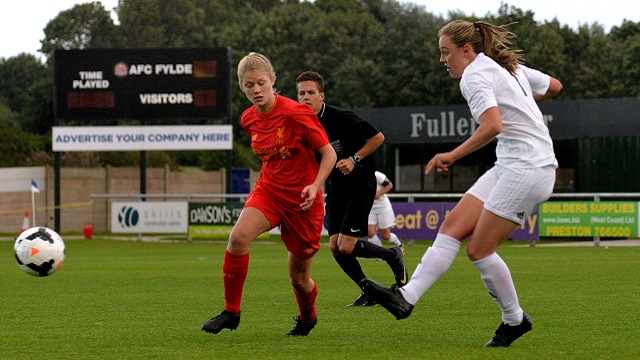 The club are deeply saddened to learn of the death of Fylde Ladies player Zoe Tynan.

Zoe began her career at the age of six at Liverpool Feds before moving onto Everton’s Centre of Excellence, spending six years there before moving to Manchester City in summer 2015, where she made her first team debut in April.

She then joined FA Women’s Premier League side Fylde in August ahead of the new season, making two substitute appearances during the opening two games.

Fylde Ladies Manager Luke Swindlehurst said: “We all want to remember Zoe in the best possible way. A hugely talented player with the best possible attitude and an immensely likeable character. Our thoughts are with all of her family at this sad time.”

Zoe has been part of England youth squads at U15, U17 and most recently at U19 level, where she was in Mo Marley’s squad for a training camp at St George’s Park earlier this month.

Marley said: “This is truly awful news and we were all so sad to hear of Zoe’s passing. Zoe has been involved in our squads for a number of years and was not only a very talented midfielder, but a hugely-liked and popular member of the team. I know that she will be much missed by her teammates and staff members alike and I would like to send our deepest condolences to Zoe’s family from everyone involved at England.”

Martin Glenn, FA chief executive officer, said: “On behalf of The FA, I would like to send our heartfelt condolences to Zoe’s family. Our thoughts are with them at this very difficult and tragic time.”

Our condolences go out to her family and friends at this difficult time.