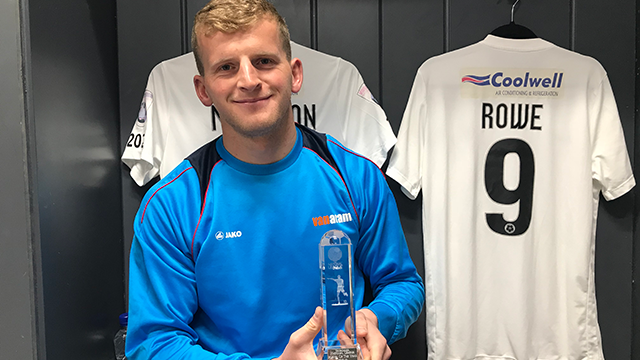 AFC Fylde star Danny Rowe has been named the Vanarama National League Player of the Year!

The Coasters hitman has taken the step up to the fifth tier of English football in his stride, plundering an impressive 24 goals as Fylde secured a play-off place.

The 29-year-old has enjoyed countless highlights over the course of the season, including a 19-minute perfect hat-trick in a 7-1 win win over Aldershot Town and a stunning double in the 2-1 victory at Leyton Orient.

The frontman etched his name into Fylde folklore when his strike in a 2-0 win at Hartlepool United earlier this season surpassed Richie Allen’s club record 119 goals.