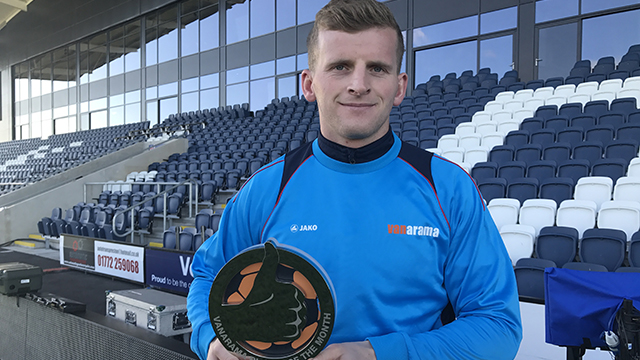 AFC Fylde star Danny Rowe has been named as the Vanarama National League’s Player of the Month for November.

Rowe has been in tremendous form over the last month scoring four goals in just three league appearances, taking him top of the charts with 11 goals in total.

Rowe started the month with a sublime strike away at league leaders Aldershot Town before netting both goals in a 2-0 victory over Torquay United at Mill Farm.

The frontman finished November with the winning strike away a Dover, whilst also helping the Coasters reach the second round of the FA Cup with two goals in a 4-2 victory over Kidderminster Harriers.