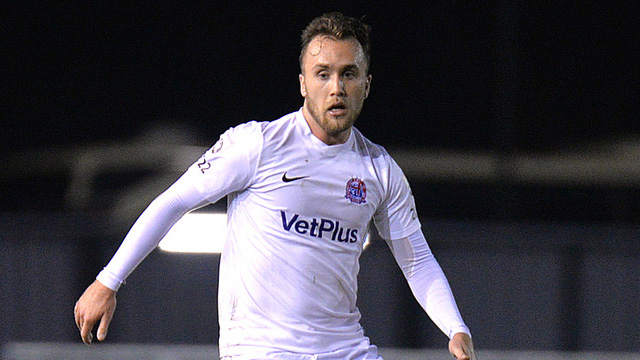 AFC Fylde understand that full-back Jordan Richards is set to leave the club after he accepted an offer from National League North side Southport.

Commenting on the news, manager Dave Challinor said: “Jordan had got himself into the side of late and had produced some solid performances to keep his place ahead of Luke Burke.

“I can, to a point, understand Jordan’s decision in this situation as an increase in salary and the security of a contract for the 2018/19 season was too great for him to turn down. He goes with our best wishes and I’m sure he’ll do a good job for Kevin (Davies) and Jon (McCarthy).”

Richards has made 14 appearances (11 starts) in league and cup for the Coasters this season. He joins the Sandgrounders who currently sit 19th in the National League North table, just one place and one point outside of the relegation zone.

Everyone at the club wishes Jordan all the best for the future.