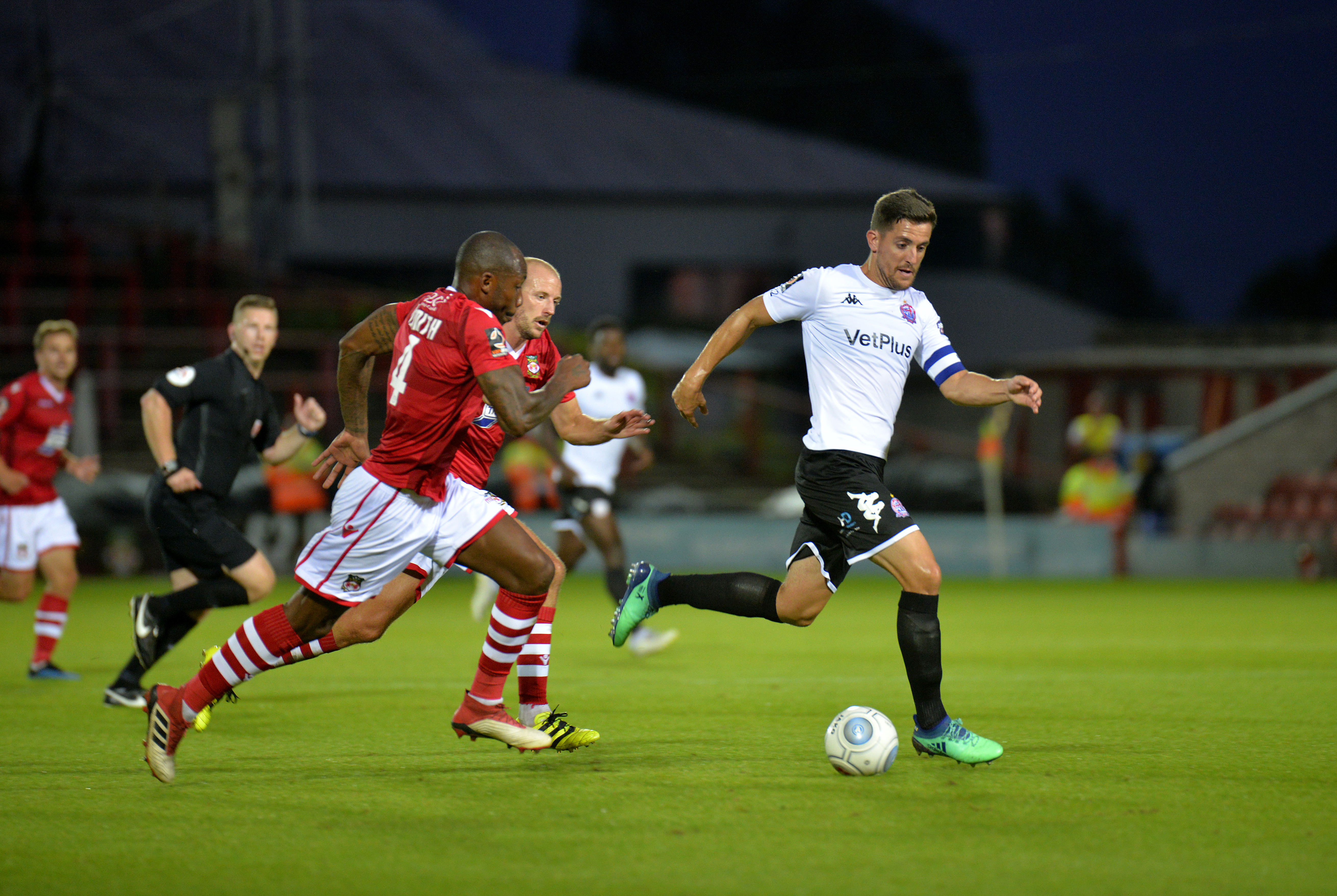 The Coasters maintained their good start to their National League season with a hard-fought goalless draw in North Wales against much-fancied Wrexham AFC.

Manager Dave Challinor stuck with the same team that had seen off Bromley on Saturday, Danny Rowe lead the attack with Joe Cardle and James Hardy either side.

It was a fairly quiet opening with chances at a premium, the Coasters only early chance coming from two deflected efforts from the two Danny’s Philliskirk and Rowe.

There was cause for concern after a quarter of an hour as centre-back Jordan Tunnicliffe was forced off with an injury and was replaced by debutant Arlen Birch who held his own
at right back, with Luke Burke slotting in at centre-half.

On 21 minutes Fylde had arguably the best chance of the game as Croasdale was played in one on one by Hardy inside the box but the summer signing from Kidderminster saw his 12-yard effort well saved by Wrexham stopper Rob Lainton.

The hosts grew into the game as the half wore on and striker Mike Fondop headed just over the bar after 26 minutes and then on half-time Brighton loanee Jordan Maguire Drew
struck a fierce effort from 20 yards which flashed just over the bar.

Wrexham were quicker out of the blocks after the break and had the ball in the back of the net on 54 minutes. A cross from the left from Maguire Drew found the head of Luke
Summerfield who flicked the ball past Jay Lynch, however, the flag came to the rescue of the Coasters with Summerfield at least a yard offside.

Fylde should have made the breakthrough on the hour mark. A low cross from the left from Zaine Francis Angol was met at the back post by Philliskirk who somehow saw his effort
blocked off the line by Lainton and cleared before Rowe or Hardy could let fly.

Luke Young tried his luck from range for the hosts and his 30-yard effort flew just wide of Lynch’s near left post. Youngster Serhat Tasdemir replaced Joe Cardle and with 10
minutes to go James Hardy made way for the powerful Gime Toure who made a nuisance of himself to the Wrexham back four in the final few minutes of the game.

The final chance of the game saw Danny Rowe chop onto his right foot before firing an ambitious 30-yard effort at goal which Lainton parried wide. The final whistle blew to
confirm a hard-earned point on the road for the Coasters who now have four points from their opening two games, the same total they had after 5 games at this stage last season.