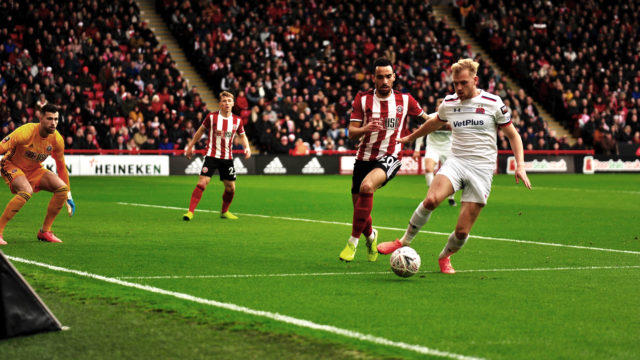 AFC Fylde took Premier League side Sheffield United all the way to the wire at Bramall Lane, as Jordan Williams’ goal saw the game end 2-1 to the Blades.

The Premier League side controlled the ball in the early exchanges and found the breakthrough just eight minutes in.

The snapshot took Hornby off-guard, and crept in at his near post – but the Coasters weren’t about to let the Blades run riot.

The Coasters began to play some promising football after the setback, with Nick Haughton at the heart of some quick counterattacks.

United did, however, come close to a second from a Kieron Freeman cross that inadvertently flew towards the goal forcing Sam Hornby to tip it over the bar.

The Coasters broke from the subsequent corner, with Dan Bradley out wide playing Nick Haughton through on goal.

Fylde appealed for a penalty from the goal-saving tackle that followed, but Australian referee Jared Gillett waved play on.

Sheffield United started to see more of the ball again, and nearly had a second when Leon Clarke’s header from a corner that was impressively tipped onto the bar and over by Sam Hornby.

Croasdale squeezed it across looking for Bradley, which resulted in a collision between goalkeeper Michael Verrips and defender Kean Bryan as they scrambled to clear.

Following a stoppage in play, Verrips was replaced by the Blades’ first team goalkeeper Dean Henderson. 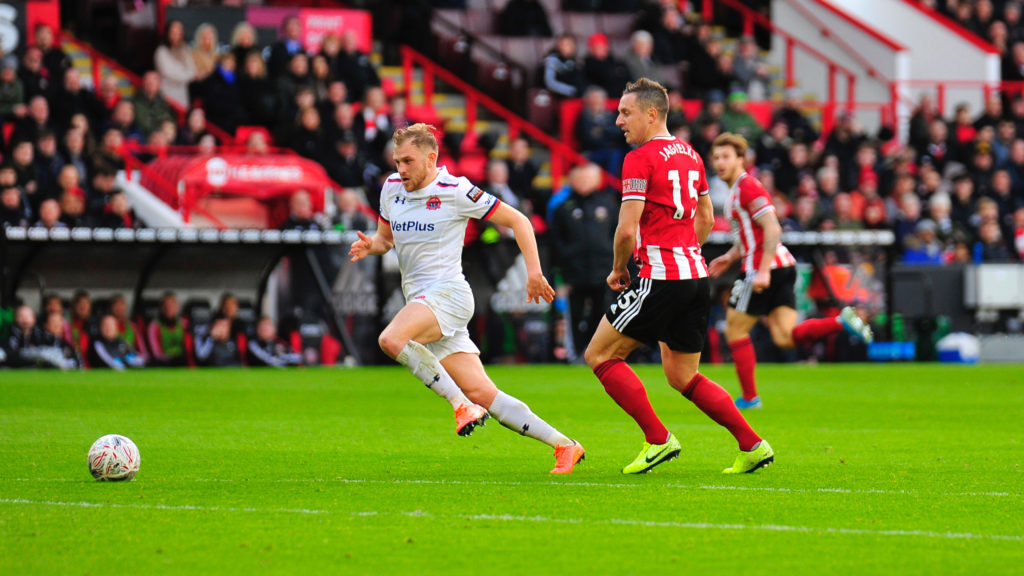 When the second half got back underway the Blades stepped onto the front foot once again.

The ball fell to Calum Robinson at the back post, and it took a combination of a Luke Burke block and a fine Sam Hornby save to keep his effort out.

The Coasters then came forward through Nick Haughton, who was pulled back out wide resulting in an attacking free-kick.

Nick Haughton stepped up to whip a fantastic ball into the box –  finding Alex Whitmore, unmarked in the box.

The centre-half rose brilliantly and got a clean connection – but vitally steered his header just wide of the post.

The hosts then came forward and saw a Ravel Morrison back-post header ruled out due to the striker straying offside, which VAR checked, and stood by.

A reprieve of that nature didn’t last, however, and just two minutes later the Blades had a second moments later.

The lively Luke Freeman’s low strike hit the post moments later, rebounding into the box, with Leon Clarke on hand to fire it home.

Jim Bentley looked to freshen the Coasters forward-line as he searched for a way back into the game.

The home side pressed for a third as we moved into the final 20 minutes with former QPR man Luke Freeman having efforts that deflected wide on two separate occasions.

The Coasters burst back into the game with twelve minutes to play, and set up a grandstand finish.

Dan Bradley, who had been working hard, clipped a delightful ball in behind for Jordan Williams – who expertly lobbed the keeper Dean Henderson to send the travelling fans wild.

The Coasters had the opportunity to level as Jordan Williams burst through once again, this time his right-footed strike deflected wide for a corner.

The stand-in fourth official signalled four minutes added time for the Coasters to try and create something, but the hosts made it difficult as they looked for a third.

Defender Neill Byrne ventured forward deep into injury time and won a corner which saw everyone, including Sam Hornby storm into the penalty area.

The set-piece, however failed to beat the front man as the referee blew his whistle to bring the Coasters’ historic cup run to an end at the hands of the Premier League Sheffield United. 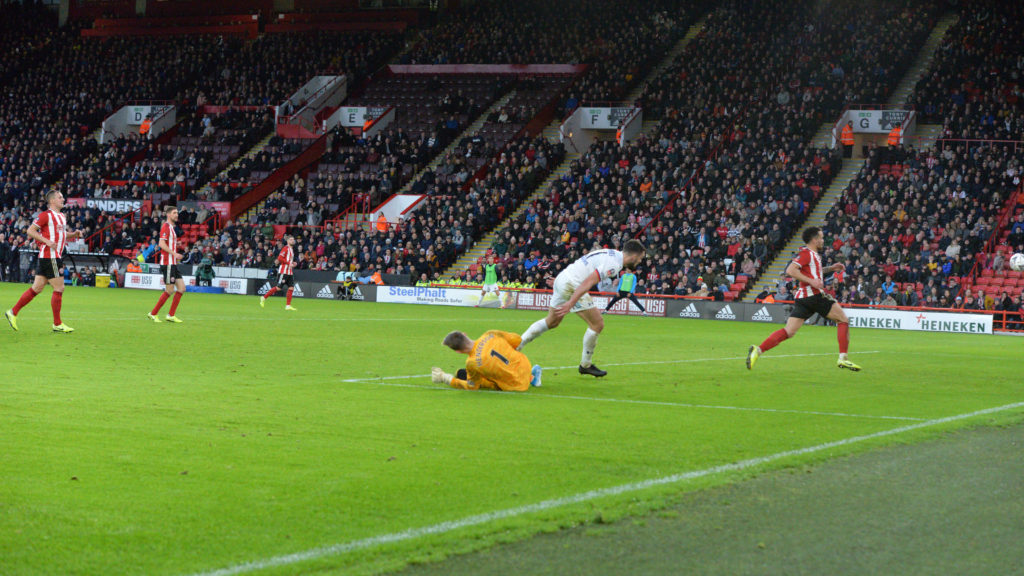