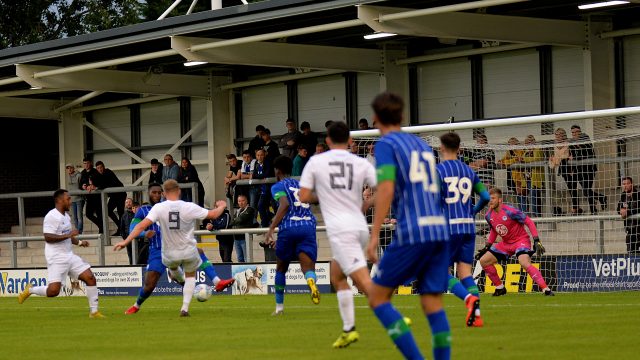 AFC Fylde kickstarted their pre-season with a 1-0 victory against Championship side Wigan.

The Coasters fielded two different starting XI’s in either half, with plenty of valuable playing time for the squad.

AFC Fylde captain Lewis Montrose made his return to the side, captaining a new-look outfit which saw Kosylo, Williams and Willoughby make their Mill Farm debuts.

The first real chance of the game fell to the Coasters, after Dan Bradley teed up Haughton for a long-range effort.

Whilst the long-range shot was well saved by Owen Evans, his defence didn’t clear well – and Jordan Williams should have turned it home, after winning it back.

Naismith and Jacobs both had chances for the Tics’, but the Coasters looked comfortable, with neat build-up play across the park.

Fylde thought they had a penalty when Willoughby was felled darting into the box – but the referee judged it to be a free-kick, which came to nothing. 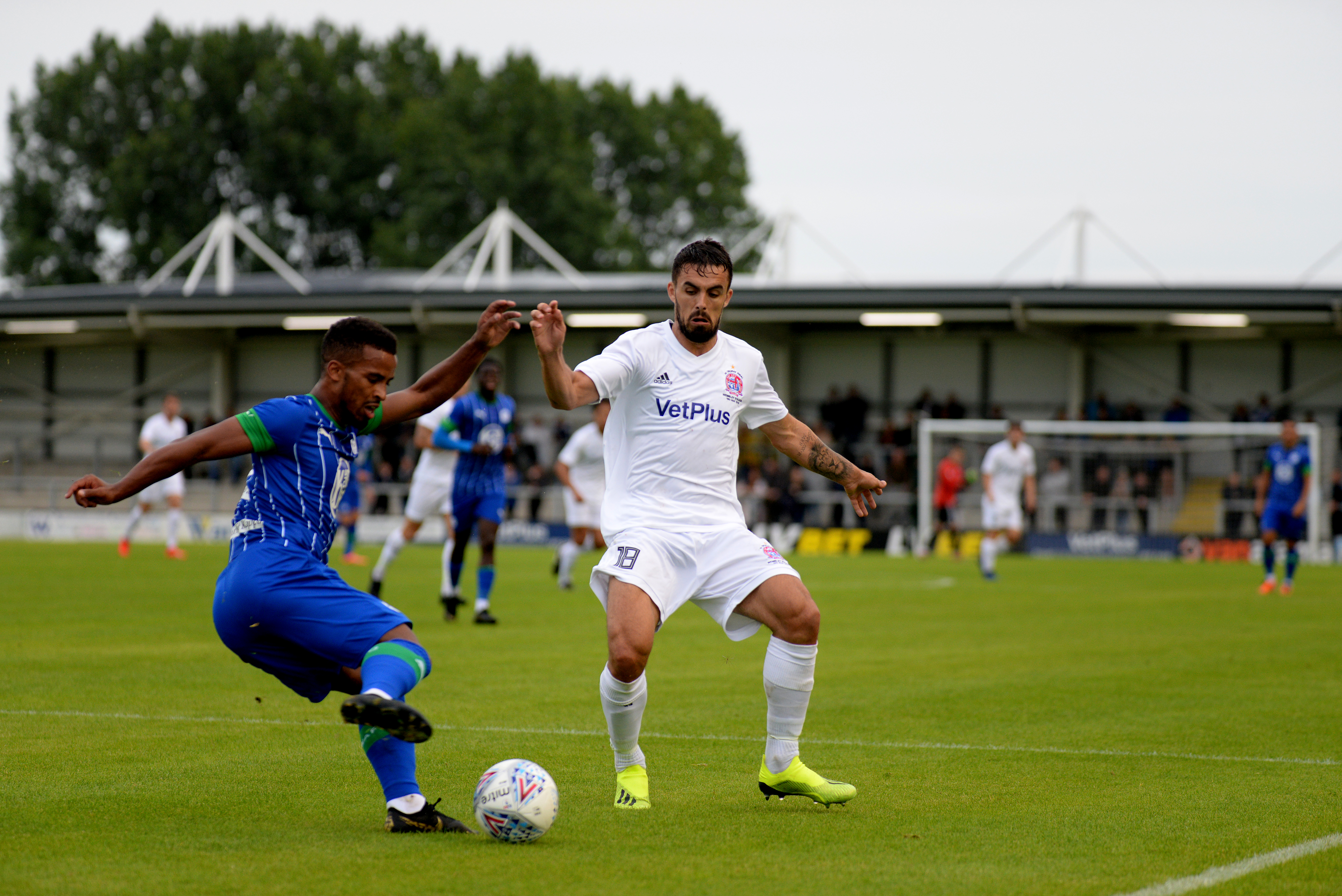 The Coasters started well, with Hemmings whipping dangerous balls into the box, but Rowe couldn’t turn it home.

Trialist goalkeeper Dan Lavercombe, who had denied Pilkington from close range in the first half, had his blushes spared in the second half.

After dispossessing Lavercome in the box, Jensen Weir had the whole goal to aim at, but managed to blaze it over.

The game was a positive one for the Coasters, whose new signings seem to slot perfectly into the system.

Mark Yeates, in particular, seemed to enjoy his evening, with some brilliant trickery and a range of exquisite passing on display.

The game was to be won by a name familiar to Wigan, however, as substitute Danny Rowe became increasingly involved in the game.

The ball fell to him in the box after Wigan failed to clear it, and he made no mistake turning it past the keeper.

The game could have been tied late on when Joe Geldhart’s mazy footwork unravelled the Fylde defence, and he unleashed a ferocious effort.

Lavercombe had the last say on the matter though, making a strong save to deny him, and give the Coasters a 1-0 win.