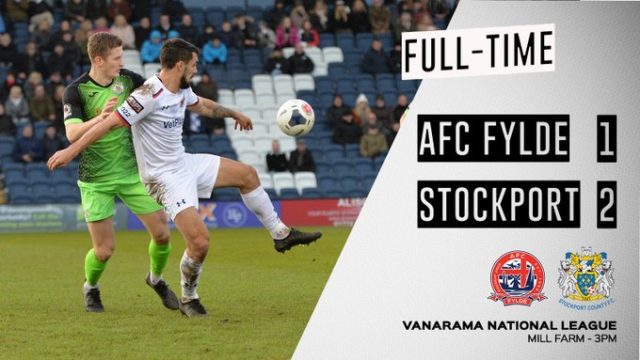 AFC Fylde fell to defeat against Stockport County at Mill Farm, as the Hatters struck in quick succession to mount a second half comeback.

Both sides made changes following their respective Boxing Day clashes – with Taylor, Craigen, Yeates and Williams all handed starts for AFC Fylde.

Fresh from a point at league leaders Barrow, the Coasters began full of confidence – and got themselves off to the perfect start.

Andy Taylor played Danny Rowe in down the left hand side, with plenty of space opening up for the Fylde number nine.

He timed his pass to perfection, threading it through to the advancing Ryan Croasdale, who only had to prod home on the line to put his team ahead.

Stockport grew into the half, and had a gilt-edged chance as Rodney found Nyal Bell in the six yard box – but the Hatters striker fired over when it looked destined to hit the net.

The Coasters very nearly made it 2-0 when Danny Rowe’s chipped cross was met by a towering Neill Byrne – but it bounced off of the post, and hurried off of the line by a blue shirt.

Before the half-time whistle, James Craigen had a fantastic chance to double Fylde’s lead as the Coasters broke in numbers, but his shot deflected narrowly wide of the post.

Fylde were good value for the lead at half-time, but crucially, couldn’t convert a second before the interval. 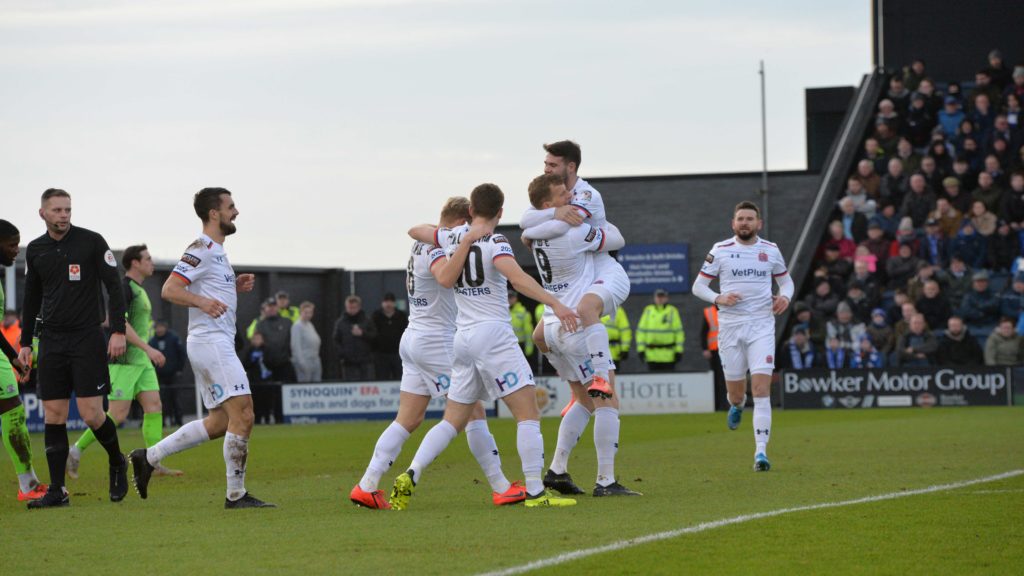 The Hatters didn’t have to wait long after the restart to equalise, when Alex Whitmore’s late challenge gave Tom Walker a free-kick in a dangerous position.

Walker struck it sweetly, dipping it over the wall and goalwards – with Hornby only able to get a hand to it, as it struck the back of the net.

County’s tails were up, and just eight minutes later, they took the lead through the unlikely source of Dan Cowan.

Pouncing on a loose ball in the box, Cowan delivered a sublime right footed finish in front of the travelling Stockport fans, giving Hornby no chance in the Fylde net.

The Coasters nearly responded instantly, and when Mark Yeates cutback found James Craigen a matter of years form goal, it seemed it would be level once again.

Craigen’s goal bound effort struck the hand of Palmer from close range – and despite being close to the incident, the referee waved away the Coasters protests, perhaps deeming it unavoidable.

Fylde kept pressing, and very nearly found the back of the net through defender Alex Whitmore’s flicked header from a corner – but he angled it inches wide of Hinchcliffe’s post.

However, the Coasters were unable to breakdown a stubborn Stockport County, and with it, fell to defeat to the Hatters at Mill Farm for the first time. 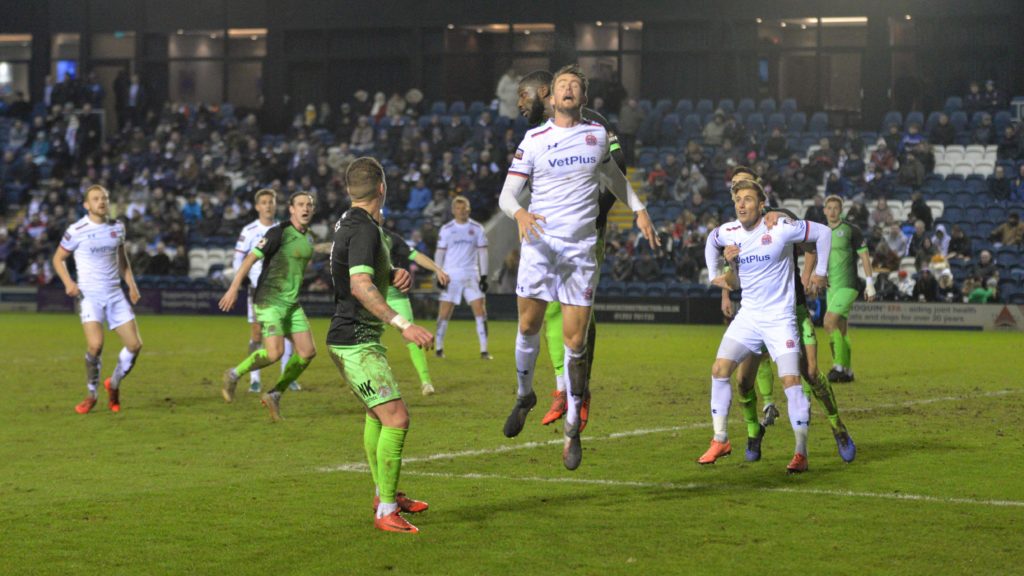