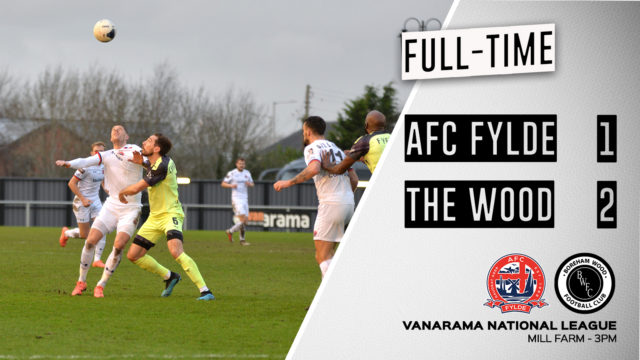 AFC Fylde were beaten narrowly by an in-form Boreham Wood, with Jamal Fyfield’s second half goal the difference.

The Coasters were unchanged from their trip to Chesterfield, but for Matty Kosylo making the bench in place of Mark Yeates.

Jamie Proctor looked tidy in hold up play on his home debut, with the likes of Haughton, Walker and Williams the lively attacking options in support.

The Coasters came close quickly on two occasions, as long ranged efforts from Walker and then Haughton threatened the Wood – the latter forcing Ashmore into a great save.

Shortly after, the Coasters had a golden opportunity fall to that man Haughton, as Croasdale’s low cross fell to him unmarked at the back post, but he fired wildly over..

This was to be a chance that he’d rue – as quickly after Boreham Wood were ahead, as the lively Tshimanga opened the scoring.

It came about as a long, direct ball caused trouble at the back, and Tshimanga wriggled through and fired high into the back of the net.

Nick Haughton looked to make amends for his earlier miss with a well struck free-kick which flew just past the post.

The Coasters continued to push, and nearly levelled as a corner fell to the feet of Croasdale, who poked an effort just wide of the post.

Moments after this, Croasdale thought he had gone one better and equalised – after he picked up a loose ball once again in the box and converted, but the referee judged there to be a foul in the build-up.

The Coasters soon found the elusive equaliser though and in scrappy circumstances, as a corner in the box wasn’t cleared, and Jordan Williams pounced to drag it over the line. 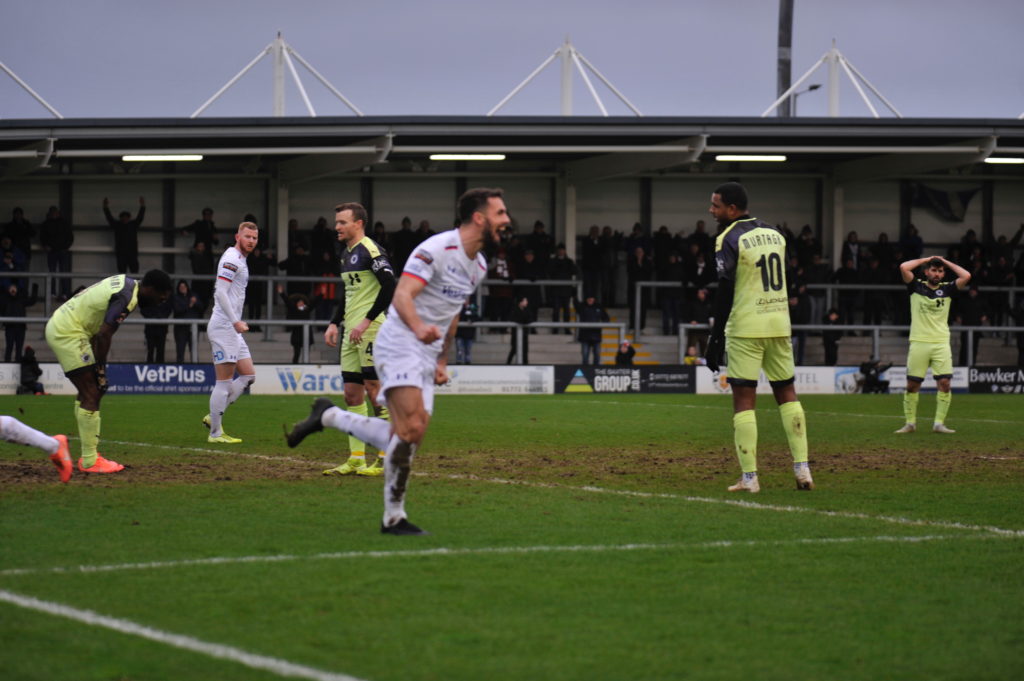 Jamie Proctor came close to opening his AFC Fylde account with a powerful effort from distance after controlling well, but it whistled inches wide of the post.

The second half was a scrappy affair, with a physical game playing out on a tiring pitch – with plenty of firm challenges from both sides.

Boreham Wood soon found themselves back in front, as a corner wasn’t cleared, and Fyfield was placed through on goal – with his effort squirming in under Sam Hornby.

The Coasters responded with a double substitution, with Philliskirk and Kosylo joining the fray, in place of Montrose and Walker.

A long ball forward released Matty Kosylo, who had the chance to fire a snapshot goal wards – but Ashmore was able to get down and save comfortably.