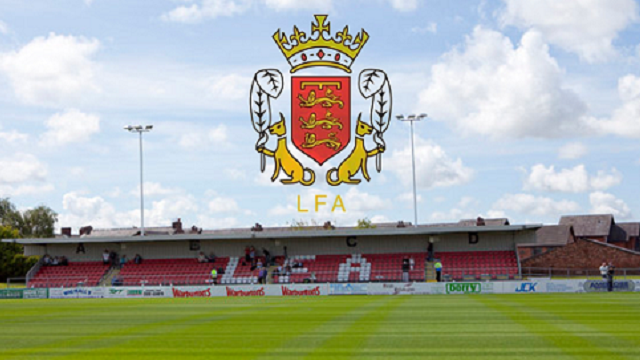 AFC Fylde suffered their second cup exit in the space of a week following a 2-1 defeat in the LFA Challenge Trophy at Clitheroe.

The home side took a surprise two-goal at Shawbridge and although Darren Stephenson pulled one back for the Coasters from the spot, it proved to be mere consolation as Matty Hughes missed an open goal with the last kick of the game.

Manager Dave Challinor made eleven changes to the side that beat Gloucester City 5-1 at the weekend with three debutants on show.

Clitheroe made a lively start and were a whisker away from taken the lead inside the opening five minutes when striker Kurt Willoughby landed a clever lob onto the roof of the net from 20 yards.

Fylde hit back immediately with a chance of the own when Serhat Tasdemir rifled narrowly over after beating his man on the edge of the area.

Clitheroe should have been ahead in the eighth minute when Ryan Ellison hit a rasping volley that was destined for the back of the net, but his strike hit teammate Bradley Carroll on the line and span wide of the post.

However, just three minutes later and the hosts were ahead. Referee Lewis Smith awarded Clitheroe with a free-kick on the edge of the Fylde box and Willoughby stepped up to smash a low drive under the wall and out of the reach of goalkeeper Tony Thompson.

The Coasters were given a glorious opportunity to equalise when Bohan Dixon played Stephenson clean through on goal, but the striker fired his shot straight into the arms of Christian Paulet-Brigg.

The chances kept on coming for the home side and Carroll really should have scored on the half-hour mark with a free header at the back post that bounced inches wide.

Willoughby fizzed a low strike at goal as Clitheroe continued to look the more dangerous with the break approaching. Carroll also went close when he was picked out by Alex Newby, but his header was well claimed by Thompson on the goal line.

The Coasters started the second-half brightly and Stephenson capitalised on some slack defending, nicking the ball off the last man before slicing a stretched effort just wide with Tasdemir lurking at the far post.

Fylde were struggling to create any clear goalscoring opportunities and were soon made to pay when the hosts doubled their advantage just short of the hour.

Substitute Sam Mangan’s attempted backpass was intercepted by Willoughby who nicked the ball past Thompson and slotted into an open goal.

The visitors found a way back into the match five minutes later when the referee awarded Fylde a penalty for a foul on Stephenson. The on loan frontman brushed himself down and fired the spot-kick straight down the centre of the goal – his first in Fylde colours.

Stephenson was inches from doubling his tally moment later when his was found in the box by Dixon, but his left-footed strike across goal was deflected narrowly wide of the far post.

The Coasters had started to get a hold of the match with fifteen minutes to play and Hughes was denied from close range by Paulet-Brigg after meeting Jordan Wynne’s cross with a well struck half-volley.

Fylde almost grabbed the leveller with less than five minutes to play when Stephenson headed Dixon’s deep delivery back across goal, but the ball was taken off the toe of Hughes on the six-yard line at the last second by Ryan Ellison.

Hughes went closer still with the last kick of the game when a long free-kick into the box was nodded towards the back post where Hughes was wide open but he miscued his effort horribly wide with the goal gaping.