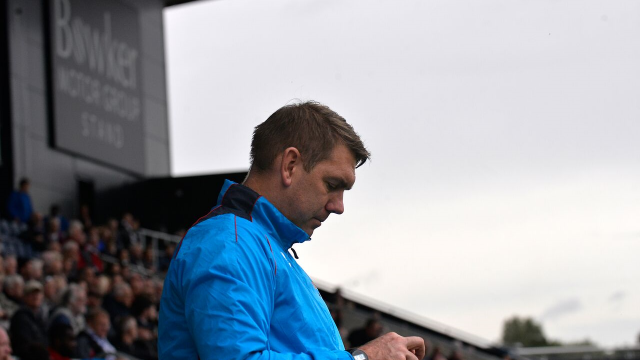 REACTION: “We should have won the game”

AFC Fylde drew with Barnet on Saturday in the first-ever meeting between the two sides. The Coasters trailed 1-0 after 20 minutes before Danny Philliskirk equalised just five minutes later. Fylde missed two brilliant chances in the second half as the game ended 1-1.

When asked about the match Dave Challinor commented:

“I was really pleased with the way we played, especially the second half, we controlled the game.”

“Luck didn’t go our way, Rowe hit the post and Joe misses a good chance which 99 times out of 100 goes into the back of the net if that happens the game changes. We should have won the game, but despite that, I was pleased with our application.”

“It just shows how far we have come as a club, to be coming away from Barnet disappointed only to get a point.”

The result was the Coasters fifth away draw of the season despite only recording four away draws in 2017/18. When asked if he has set up his side any differently Challinor said:

“We’ve not set up any differently to last season, we lost a lot of away games last year, especially against the top six sides. Whereas this season, aside from the game against Havant and Waterlooville we have probably deserved more than what we have got from our away games.”

“We have always been quite open and played our game. The only time I’ve changed anything was against Havant which was mainly down to injuries. We’re not going to change what we do, and we know if you want results on the road you’ve got to work hard and take your chances to win games.”