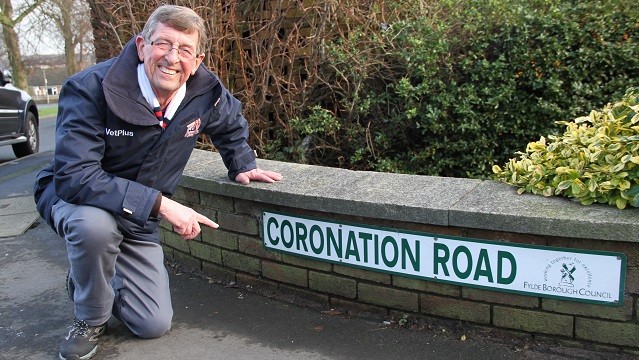 “Progress has been fantastic” – Woods

From playing in a park on Coronation Road to reaching promotion to the National League for the first time, Mick Woods has been with AFC Fylde all the way.

The former player and manager of Kirkham and Wesham FC is now a Matchday Ambassador at the Coasters and recently emphasised how far the club has come after looking back at his experience with the team.

“Ten years ago, we played at Coronation Road. We thought that was heaven. We were playing in Lytham, on park pitches and on Hampton Road which we thought was like Wembley.

“We kept winning and going up the leagues but we had nowhere to play in Kirkham. We were known as the Kirkham nomads. We were static.”

“Four of us started the club originally because we used to play in the fair ground. They used to call it the wreck because it looked like a wreck. There were a few trees and a bit of green grass where we went down and played at night time.

“We knew we’d need money to get into a league so it took us two years of playing friendlies to get into that position. Not all of us had a car either so we’d travel on trains to all the local friendlies.

Next season, the Coasters will battle against some of the biggest teams in Non-League football including the likes of Tranmere Rovers, Hartlepool and Leyton Orient who have over 300 years of Football League experience between them.

Adrian Birch, who assisted Woods during the club’s previous name of Kirkham and Wesham FC, was equally delighted to see the strides made by the Coasters.

“Even now, this is still the start of a project and the club are more than half way to what they want to achieve. It’s a bit different from playing on Ribby Hall isn’t it?

“As Mick said, these are the kinds of things that we had to do not so long ago. I had a Ford Escort and when we were going away, my boot was full with the kit, buckets, corner flags and nets. We used to have to take a net with us to games to play at Lytham.

Fylde’s venture into the National League this season will be their first ever in the fifth tier of English football having been playing the West Lancs League less than ten years ago.

Woods remains optimistic as to what the Coasters can achieve but believes it is crucial that the club establish themselves as a National League side.

“If we finished half way up the table, I think that would be marvellous. My main aim is for us to make our mark this season. We need to find out what being in the National League is all about.

“We can take from there after that. I’ve watched a lot of the National League this season and it’s so different. You’re against better players, bigger men and it’s such a higher pace of football. I’m looking forward to it.”