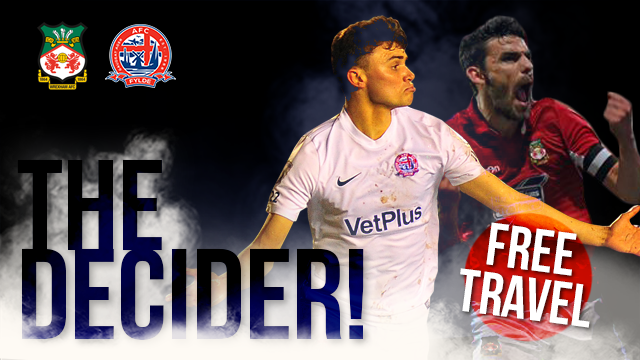 It all comes down to this! The final game of the season is upon us and a play-off place hangs in the balance!

The Coasters are in prime position to seal a spot in the end of season lottery after a sensational debut campaign in the National League.

Dave Challinor’s side took a few weeks to find their feet in the fifth tier of English football, however their meteoric rise has continued this term and they find themselves in sixth place ahead of the final round of fixtures.

Victory at Wrexham would guarantee a place in the top seven, whilst a draw would all-but do so. See below for all the permutations.

After four wins on the bounce, the Coasters have suffered a slight blip over the past fortnight, losing by a single goal at Maidstone United before dropping points against Solihull Moors last time out at Mill Farm.

Saturday’s opponents Wrexham looked a certainty for the play-offs at the turn of the year, however an awful run of form over the past two months has seen them fall away.

Andy Davies’ side have won just once in eight, losing four of their last five outings and must beat Fylde comfortably to stand any outside chance of qualification.

Fylde hold the bragging rights over Wrexham this season, with victories in both league and cup. Danny Rowe’s solitary strike in the first-ever meeting between the clubs earned the Coasters a place in the FA Cup first round, whilst goals from Jack Muldoon and Dragons old-boy Jonny Smith sealed a fine National League victory ten days later.

Striker Rowe is still in the hunt for personal plaudits and currently sits two goals behind Tranmere Rovers hitman Andy Cook (26) in the race for the Golden Boot.

Fylde are expecting one of the biggest away followings in their history for the crucial clash with the club putting on free travel to Wales.

Over 500 supporters are expected to make the trip as we attempt to make yet more history!

Victory would guarantee a place in the play-offs. If we better Ebbsfleet United’s result and Aldershot Town lose then we would finish in fourth – our highest attainable position.

If we were to draw, only a Boreham Wood victory with Bromley winning by seven goals or Dover Athletic winning by ten goals would knock the Coasters out of the play-offs.

Defeat, coupled with two of Boreham Wood, Dover and Bromley winning, would also knock the Coasters out of the top seven.

This year, the play-off positions have been extended to the top seven – with the champions going up to League Two automatically.

The remaining six will fight it out for one final slot with two ‘eliminator matches’ taking place before the semi-finals. Although subject to change because of television, here are the play-off dates for your diary…

By Car: Take the A483 from Chester or Oswestry to Wrexham. Exit at the ‘Mold’ junction and then follow the signs for ‘Town Centre’. The Racecourse will come quickly into view.

Parking is available on the Glyndwr University campus car park next to the stadium at a cost of £3 and is just a short walk through to the turnstiles.

By Train: Wrexham General station is located directly next to the ground. 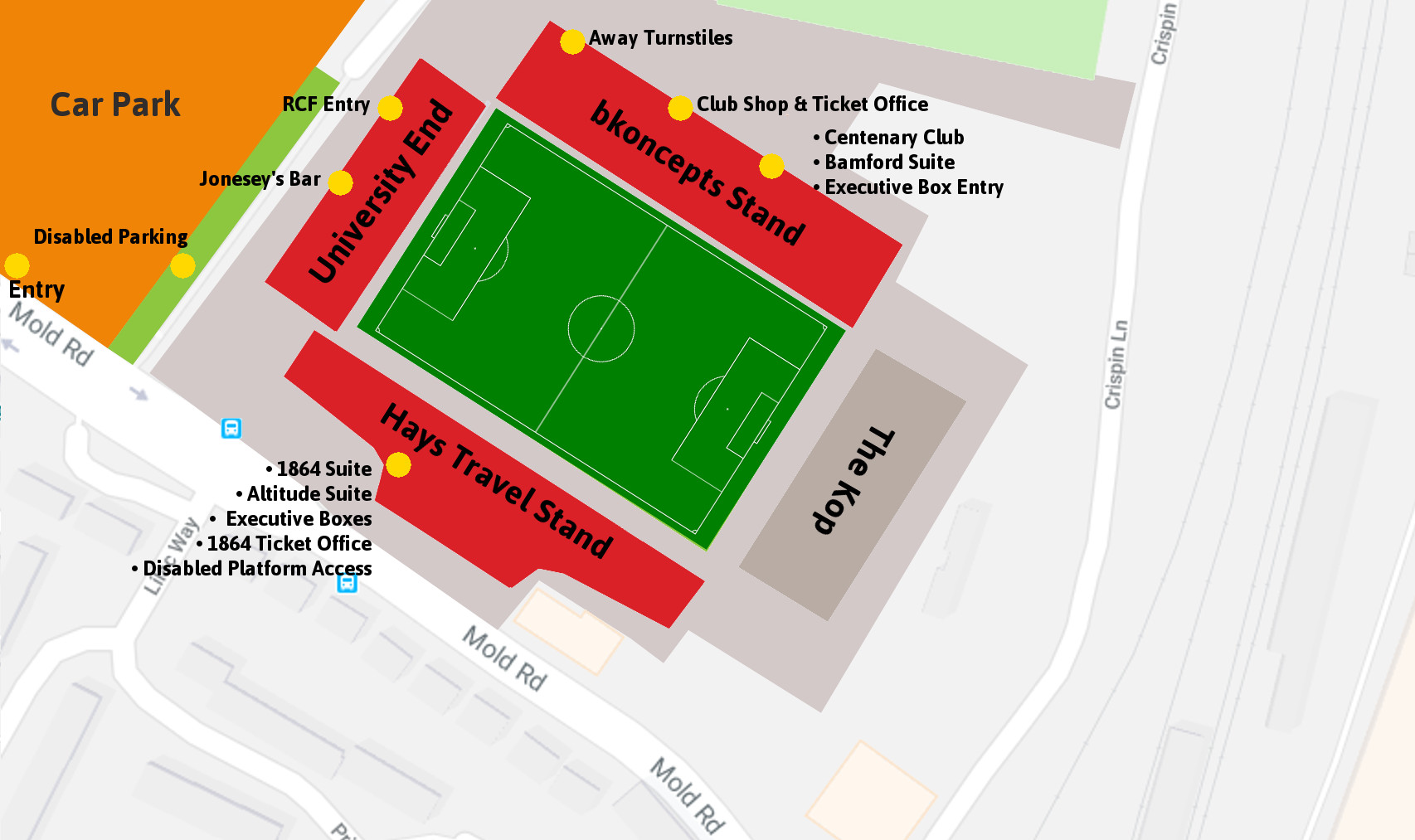