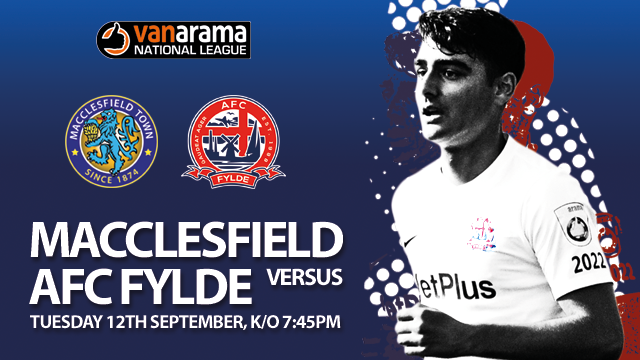 Tomorrow evening’s match at Moss Rose is the tenth game of the campaign and the Coasters have made a solid start with just two defeats from nine fixtures.

Last time out, two goals in as many minutes rescued a point at Mill Farm against Bromley. The visitors raced into an early lead and doubled their advantage shortly after the break.

However, the introduction of youngsters Jonny Smith and Serhat Tasdemir breathed new life into the Coasters’ performance. 17-year-old Tasdemir made an immediate impact and halved the deficit within 15 minutes of entering the fray on his first appearance of the season.

Top scorer Danny Rowe, assisted by Smith, brought the two sides level with his fourth goal of the season to complete the comeback. Rowe now has four goals for the season with three coming in his last four appearances.

The Coasters currently sit in 18th place the National League table with 11 points and a record of two wins, five draws and two defeats, leaving Dave Challinor’s side just three points off the play-off positions.

Macclesfield have enjoyed a decent start to the campaign with 14 points from their opening nine games. Four victories, two draws and three defeats sees the Silkmen sit in 9th place – the exact same position in which they finished last season.

Only Guiseley have scored fewer goals than Macclesfield’s eight, however they have won three of their last four league matches.

Managed by John Askey, Macclesfield ran out 1-0 winners over Solihull Moors at the weekend, courtesy of Scott Wilson’s second-half strike.

Coasters boss Dave Challinor is still without striker Matt Blinkhorn, who is serving the second game of a two-match ban, whilst super subs Jonny Smith and Serhat Tasdemir will both be pushing for a starting berth after impressing at the weekend.

All away ticket collections and away match day tickets can be purchased from the away ticket office, which is located on the corner of the London Road stand.This is open from 1pm and it is advised that fans should buy tickets as soon as they arrive at the ground to avoid queuing nearer kick off.

U25 tickets may be asked for a valid ID at turnstile when entering the ground.

Our wheelchair user facilities are in the away section of the Moss Lane stand. Where disabled supporters require assistance, their helpers will be admitted free of charge.

We do not have a car park for visiting supporters, though car parking is permissible in the streets around the ground, supporters are advised to check for double white and yellow lines.