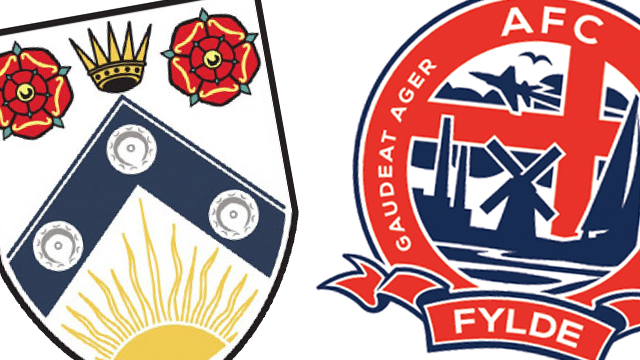 AFC Fylde make the gruelling trip to Lowestoft Town next up in the National League North.

At 300 miles, the journey to Crown Meadow is the longest one the Coasters make in the league this season and Dave Challinor’s side will be looking to build on the solid 1-0 victory over in form Gloucester City at the weekend.

Danny Lloyd’s tenth-minute strike secured an important three points and the Coasters could close the gap on league leaders Solihull Moors to just four points with a win in Suffolk.

Fylde moved up into third in the league standings following the victory over the Tigers on Saturday, level on points with second-placed North Ferriby United who travel to struggling Hednesford Town tomorrow night.

Lowestoft are enduring a difficult season and go into the match bottom of the league, however victory could see them climb out of the bottom three.

The hosts haven’t had a game for a couple of weeks and a 2-0 home defeat at the hands of Stalybridge Celtic at the end of January was their last run out.

Despite their precarious league position, the Trawler Boys boast one of the NLN’s deadliest strikers within their ranks. Prolific frontman Jake Reed currently has 13 goals to his name, level with our own Danny Rowe and just two short of pace-setter Dayle Southwell.

The two sides famously contested the 2008 FA Vase Final at Wembley, with Fylde (then known as Kirkham and Wesham) lifting the trophy after two late goals from teenager Matt Walwyn secured a memorable 2-1 victory.

More recently Fylde came out on top in a tightly-contested match earlier this season with Josh Wilson’s last-gasp header helping the Coasters to a 1-0 win.

Challinor has a fully fit squad to select from  tomorrow evening with just Josh Langley, who is serving the final match of his three-game suspension, missing from the side.