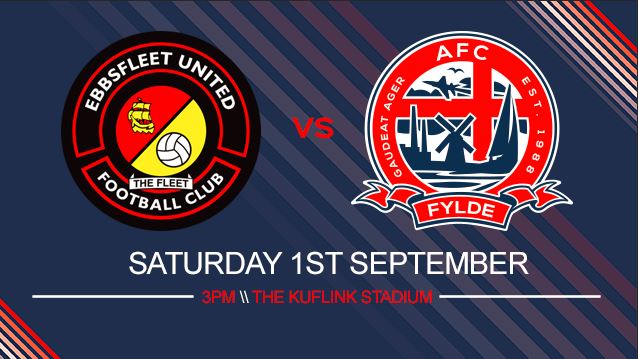 After seven games AFC Fylde remain unbeaten in their second season in the National League. Last Monday’s 0-0 draw in front of the BT Sports cameras proved a difficult test as both goalkeepers made some fantastic saves to keep the scores level.

Tomorrow the Coasters make a 516-mile round trip to the Kuflink Stadium to face Ebbsfleet United.

Name: Ebbsfleet United
Nickname: The Fleet
Ground: Kuflink Stadium
Capacity: 4,769
Interesting fact: Between 2008 and 2013, the club was owned by the web-based venture MyFootballClub, whose members voted on player transfers, budgets and ticket prices among other things instead of those decisions being made exclusively by the club’s management and staff as at most other clubs. 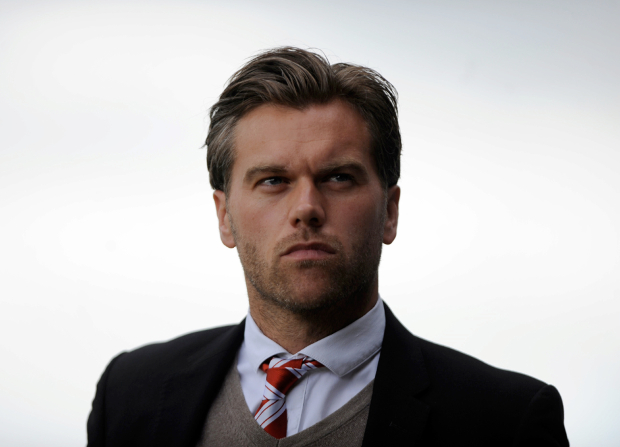 McMahon is a former midfielder who enjoyed most of his career at Leyton Orient, Farnborough and Ebbsfleet United. He left the Fleet in 2015 to join Boreham Wood before returning just three months later to take over as their Caretaker Manager. Following a string of good results McMahon was given the role on a two-year deal. In his first season Ebbsfleet reacher the National League South playoffs only to lose in the final to Maidstone United. The following year he guided them to a second-place finish and beat Chelmsford City in the playoff final to reach the National League. Last season Ebbsfleet United reached the playoffs yet again but lost 4-2 to Tranmere in the semi-finals.

The game will be the third meeting between the two sides following two draws last season. Last season visit to Ebbsfleet saw the Coasters surrender a 3-2 lead in the 89th minute as Danny Kedwell equalised for the Fleet. The return game at Mill Farm in December also saw a late strike, this time courtesy of Danny Rowe as he struck in the 89th minute to secure a 1-1 draw.

At 35, Kedwell has played for a host of clubs. A season at Grays Athletic in the Conference Premier followed before a move to AFC Wimbledon in 2008 saw Kedwell help fire the Dons into the Football League, averaging almost a goal every other game, netting 67 times in three seasons.
In 2011 he moved to Gillingham and was top scorer in the season the Gills won the League Two Championship. Despite constantly being written off as too old to compete regularly, Danny played all but one game last season and had his most successful goalscoring campaign for the club, netting 20 times and taking his record with Ebbsfleet to over 50 goals.

He signed for the Fleet in February 2018. Dagenham snapped him up in the summer of 2016 and he went on to scoop another couple of players of the year awards at the end of the 2016/17 season, having scored 16 times and featured in the National League team of the year. He got off to a terrific last season, scoring eight goals for the Daggers in the first 10 games of the season before the Fleet made their move for the coveted player in February. He is equally comfortable in an attacking midfield role or wide areas. He scored on his debut for the Fleet, only 10 minutes after coming on as a substitute at FC Halifax Town. He has started this season in the same fashion scoring three goals in their first seven games.