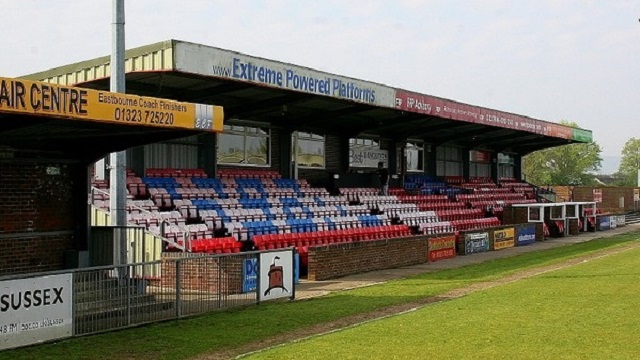 AFC Fylde face a long trip to Eastbourne this weekend in the FA Trophy following a 4-0 victory over Skelmersdale United on Wednesday evening.

The two clubs had been keen to play the match before the weekend after several postponements and agreed on a neutral venue for the first round replay.

Danny Rowe opened the scoring early on at the AJ Bell Stadium, home of the Salford Red Devils rugby team, to put the Coasters on track for a place in the next round of the competition.

The in-form striker grabbed a second shortly after the break and completed his hat-trick five minutes from time to secure the win. Matt Blinkhorn added a fourth goal for good measure with his first touch in injury-time.

The victory over Skelmersdale maintained the Coasters’ 100% start to the new season following league victories over Chorley (1-0) and Gainsborough Trinity (2-0).

Dave Challinor’s side have yet to concede a goal in 2016 and at the other end they have a striker in Rowe enjoying a purple patch in front of goal – the forward has netted five times in his last three appearances.

Saturday’s trip down to the south coast will be the first ever meetings between the two clubs.

Eastbourne are enduring a difficult season in the National League South and currently sit just one place outside the relegation places. They have won just two of their 12 home games in the league this term, but have games in hand on all three of the teams below them.

Their match against Hayes & Yeading United, scheduled for Tuesday night, was called off and they were beaten 2-1 by Basingstoke Town at the weekend despite leading the game going into added time.

Fylde’s Brad Barnes started his first match in two months against Skelmersdale, whilst fellow midfielder Matty Hughes was also back in the side after an injury layoff.

Goalkeeper Matt Urwin will be hoping to keep his place after keeping a cleansheet last time out in a rare start.