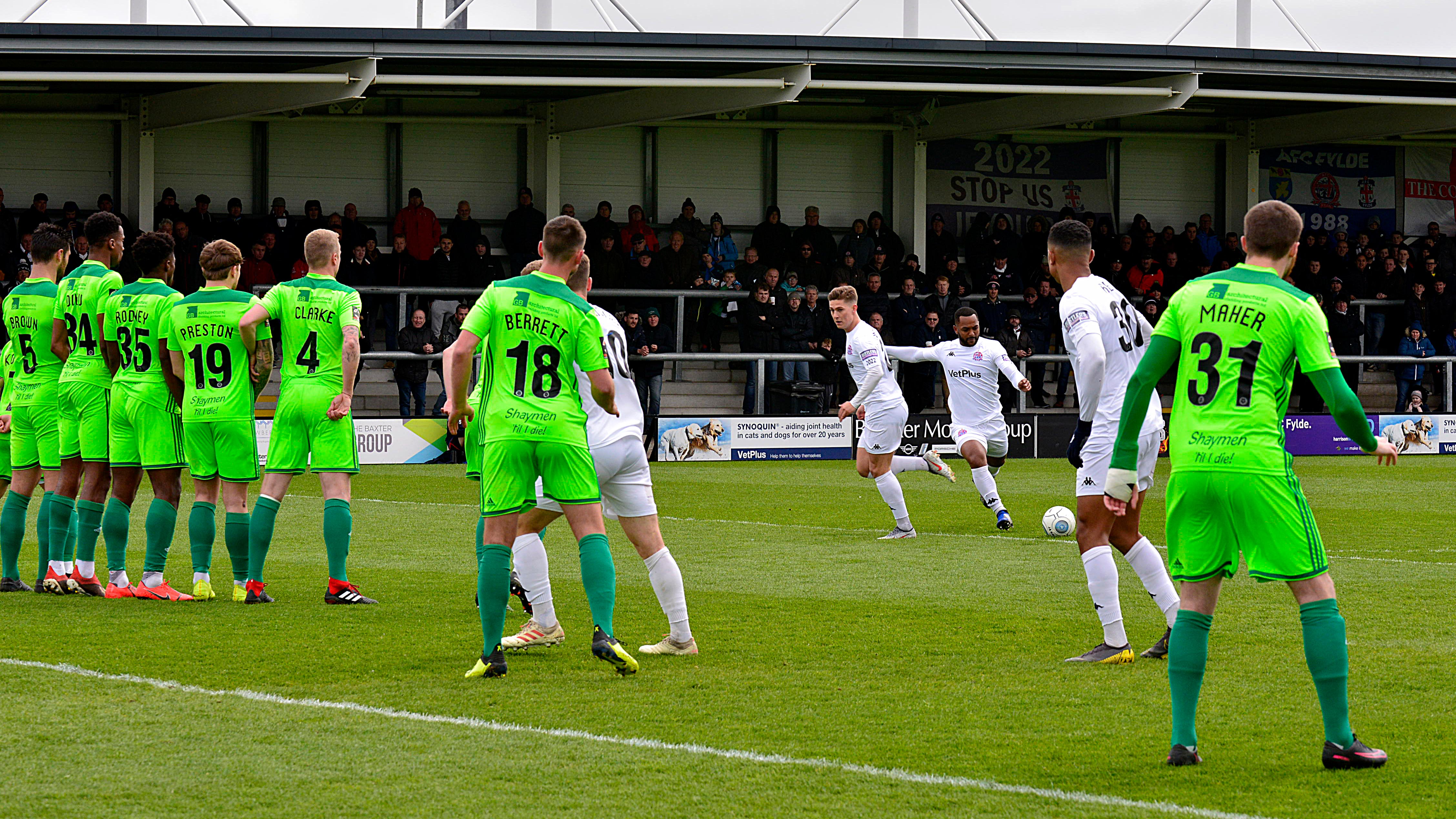 PREVIEW | Coasters head to Halifax looking to bounce back

After a disappointing result against Woking, attention now turns to Halifax Town this Saturday.

The defeat to Woking was Dave Challinor’s side first loss of the season and the Coasters will be looking to right their wrongs as they travel to forth placed Halifax Town.

A red card for midfielder Ryan Croasdale in his last outing sees him absent from the squad.

The Shaymen will be looking to continue their 100% record at The Shay this season.

Despite their home form, Halifax have proven inconsistent, picking up just a point from the available six in the away games at Wrexham and Aldershot.

Midfielder Niall Maher will be absent from the side with a hamstring injury, but Josh MacDonald may feature after a spell on the sidelines.

A striker who signed from Dover Athletic over the summer alongside Jamie Allen who returned to his native north.

He had loan spells at Chelmsford City and scored an impressive five goals in 10 matches while on loan at Margate. Sho-Silva got off the mark with his goal in Halifax’s 2-0 win over Hartlepool.

Dave Challinor looked ahead to this weekend’s double header, and previewed the two clashes.

This will be the 9th time the two sides have met.

To listen in to the commentary, head to www.mixlr.com/afcfylde from 2.30pm.