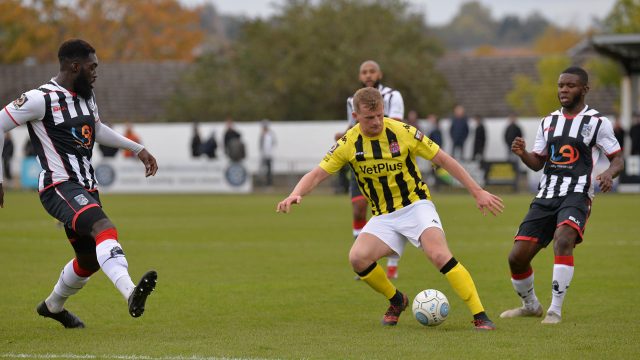 in association with LV BET

The Jim Bentley era at AFC Fylde begins tonight, as we make the trip to Maidenhead United where Bentley will be looking to get his Coasters career up and running with a win.

John Hills and Brett Ormerod’s time at the club is now up as caretaker bosses after two wins saw them bring a winning feeling back to Mill Farm once again.

The trip to Berkshire presents a great opportunity to move on up the table and build some momentum under Bentley and eventually move towards the playoffs.

After finishing just above the relegation zone last season, Maidenhead have had an average start to the new campaign, sitting four places better off than what they finished last season.

Two wins in their last two games means the Magpies will be higher on confidence than they were when they lost the three games before.

Home comforts on Tuesday night will mean they will be looking for that third consecutive win, but the arrival of Bentley for the Coasters will only spur the players on to impress their new boss.

In charge of the Magpies is Alan Devonshire. The former West Ham midfielder has been in charge since 2015 and he will be looking to progress Maidenhead further than the 19th place finish from last season.

This week’s one to watch is forward, Danny Whitehall.

Whitehall is a man in form, with three goals in his last six appearances. This season he has featured 17 times for the Magpies and has scored seven goals this term.

He started his career as a youth prospect at Rochdale before moving on a free transfer to Southport in 2014.

After then not having a club in 2015, Whitehall moved to the United States where he played for Chattanooga FC – before moving to Maidenhead at the beginning of this season.

This will be the fifth time the two sides have met, with the Coasters 3-1 up on wins and having a 100% winning record at York Road – scoring eight goals in just two games.

As Jim Bentley looks to push the Coasters up the table, there are a few games to keep an eye out for tomorrow night: