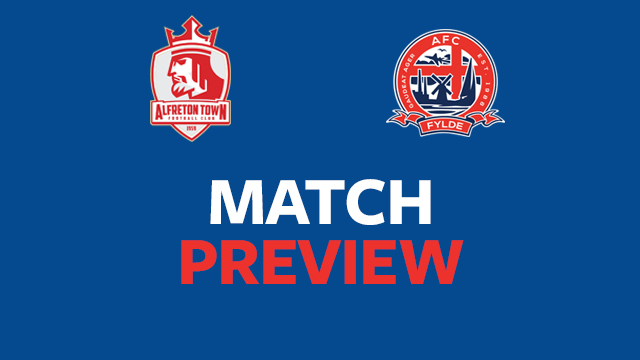 AFC Fylde can move into second place in the National League North if they avoid defeat tomorrow at Alfreton Town.

The Coasters moved within four points of league leaders Nuneaton Town following the 1-0 victory over Hednesford Town at the weekend.

Tomorrow night’s hosts slipped to a disappointing 1-0 defeat at Lowestoft Town last time out and currently sit in 14th place in the table.

Team news: Danny Lloyd was forced off after just eight minutes at Hednesford and is a doubt for the trip to the Impact Arena. Dom Collins, Matt Blinkhorn, Brad Barnes and Alex Marrow could return to the squad, however Josh Wilson, Tom Hannigan and Adam Sumner are still ruled out.