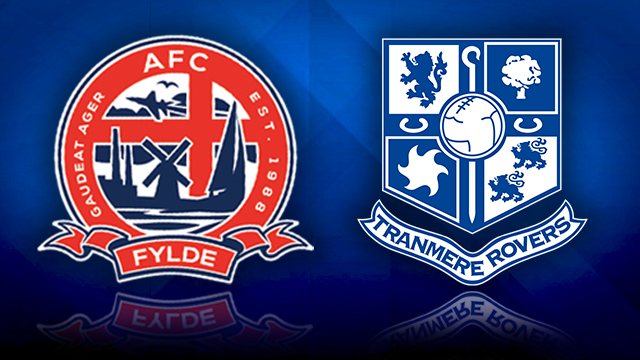 The Coasters take on Tranmere Rovers in their final pre-season outing ahead of the new National League North campaign.

Dave Challinor’s side have won the last three warm-up matches on the bounce, most recently a 1-0 victory over Blackburn Rovers’ development squad.

Left-back Stephen Crainey has netted stunning winners in both of the Coasters’ previous two matches against Rovers and Oldham Athletic.

“When we get a free-kick on the edge of the box I always fancy my chances,” said Crainey. “Luckily for me they have both gone in! They were almost identical and went in the same top corner.”

Last season was Tranmere’s first campaign in non-league football after a proud 94-year stay in the Football League.

Rovers just missed out on the play-offs by two points, ending with 78 points and in sixth position in the National League standings.

Having kept the core of the squad which ended last season so strongly, and adding some exciting new attacking players, manager Gary Brabin and his side will be looking to go one better this term and regain their Football League status.

Rovers assistant manager Paul Carden told the club website that he was anticipating a tough game at Kellamergh Park: “Fylde are a good team, they have been knocking on the door to get into this league for a couple of years and they’ll be going for it again this season by turning full-time.
“They’ve got Dave Challinor as manager, who is obviously ex-Tranmere, so we know it will be a tough game. They like to play it out from the back so we’ll be expecting that.
“What we do in that game will be all gearing up for what we want to do in the first game of the season. It’s against good, tough opposition so that’s why we’ve taken the game on.”
Fylde boss Challinor spent almost ten years with Tranmere during his playing days and is relishing a match against his childhood club: “Tranmere Rovers hold a special place in my heart. It’s the club where I started and I still live locally so I always keep an eye out for their results and I have some fond memories.

“There are some great people there and most of them have been there for an awfully long time. Shaun Garnett, who was there as a player at the same time as me, is now assisting Brabs with the first team and my old roommate Andy Parkinson looks after the youth set-up now. Even the people behind the scenes in the offices are still involved from when I left 15 years ago.

“This fixture was arranged last minute but we are anticipating a really competitive fixture just one week from the start of the new season.”