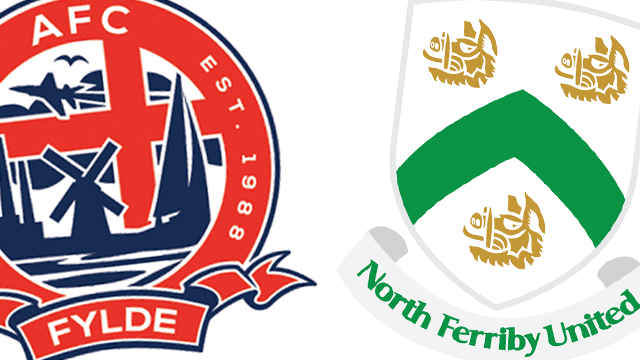 AFC Fylde will be keen to extend their unbeaten run in the league to nine in Saturday’s top of the table clash against promotion rivals North Ferriby United.

The Coasters leapfrogged their opponents after the midweek draw against Stalybridge Celtic and currently sit second in the league standings, one point ahead of Ferriby. However, the visitors now have a game in hand.

Sam Finley rescued a point for Fylde at Bower Fold on Tuesday night with a sublime strike after ex-Coaster Matty Hughes had opened the scoring.

It has now been back-to-back draws for Dave Challinor’s side after the goalless draw with Brackley Town last weekend.

Fylde could help rivals Solihull Moors win the league title this weekend if they take points off Ferriby and Moors win their game at AFC Telford United.

Ferriby go in to the game on a five match unbeaten run. Two wins will more than likely guarantee Ferriby a play-off spot given that their goal difference is greater than the chasing pack. They had to overcome a two-goal deficit to save a point last time out against Worcester. The Villagers led the match 3-2 with a couple of minutes left but conceded a late equaliser.

Challinor’s side will be out for revenge on Saturday after Ferriby won the reverse fixture 3-0 back in November – their first win in five attempts against Fylde. The two previous fixtures at Kellamergh Park have resulted in 1-0 victories for the hosts.

Whilst Solihull have all but wrapped up the title, the play-off race is still far from being decided. Harrogate are now in third position, level on points with Ferriby and one behind the Coasters. Boston United currently occupy the final play-off spot and they are two points ahead of Tamworth. Nuneaton Town, who have two games in hand and a far superior goal difference, sit in seventh.

View from the camps:
AFC Fylde manager Dave Challinor: “This match pits the two sides sitting second and third in the table with hopes of getting promoted via the play-offs and both teams probably need two wins to assure that position. But I’m sure, as with us, their aim is to finish second and assure home advantage in those games.

“Both ourselves and North Ferriby have had a sticky patch at one stage in the season so credit to Solihull, when they have lost a game, they’ve always bounced back and picked up a positive result and will be deserved champions.”

North Ferriby manager Billy Heath: “It doesn’t need saying that Saturday’s match is a crucial game to both sides. Perhaps the pressure is a little more on Fylde given their midweek draw and also the fact that they are at home.

“We will travel in the belief that we can get a result. Their home record is good but not outstanding. Our games there in the past have been tight affairs and Saturday is not likely to be any different. We were a bit sluggish in the first-half last week and we really cannot afford to start slowly at Fylde.

Team news:
Striker Matt Blinkhorn could return to the squad tomorrow after recovering from tonsillitis, however full-back Adam Sumner is a doubt after picking up an ankle injury at Bower Fold. 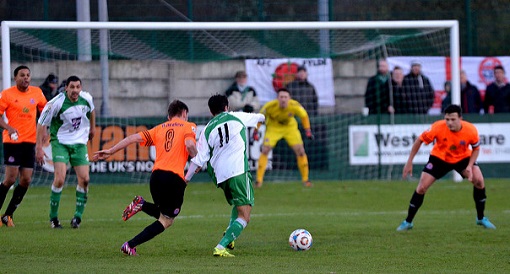 >Pick up a match programme on sale inside the ground. This week’s edition is just £2 and includes exclusive player interviews, plus many other exciting features on both AFC Fylde and our visitors.