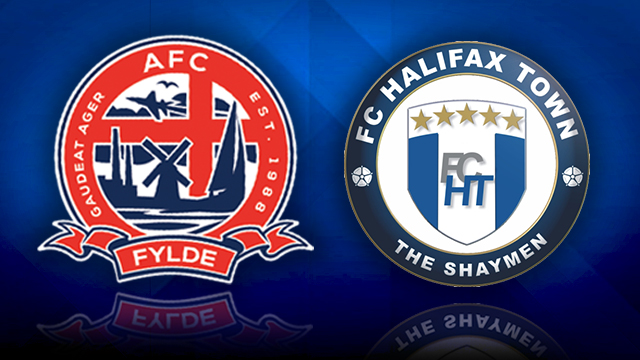 It will be second versus third at the start of play and both will be looking to continue their respective impressive starts to the season.

The Coasters maintained their unbeaten start to the season in midweek after a stoppage time header from Steve Williams earned a point in a thrilling encounter against Salford City.

It was the 20th goal in a Coasters match in seven days although Dave Challinor will be hoping his side can tighten up at the back for the visit of Tom Denton and co.

Denton is currently second behind Danny Rowe in the goalscoring charts for the National League North as Rowe scored his seventh of the season with a stunning strike against Salford.

There has been much change at Halifax this summer both on and off the pitch. The Shaymen appointed North Ferriby United manager Billy Heath following the sacking of Jim Harvey. Heath brought several of his North Ferriby squad with him after achieving promotion last season.

Like Fylde, Halifax are unbeaten so far but have so far failed to record consecutive victories thus far.

A win could see Fylde regain top spot in the Vanarama National League North if Darlington fail to beat Alfreton.

Team news:
Goalkeeper Rhys Taylor could miss six weeks after injuring his calf in the win over Alfreton last weekend. Brendon Daniels could miss the next couple of weeks with a knee injury.