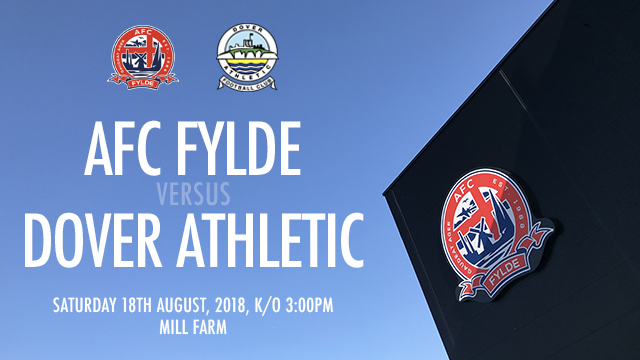 AFC Fylde enjoyed their second home win of the season vs Solihull Moors on Tuesday evening. The Coasters came away 3-1 winners with a spectacular 45-yard strike from midfield Andy Bond being the pick of the goals.

Saturday’s opponents Dover Athletic enjoyed their first win of the season on Tuesday evening as they were involved in a seven-goal thriller. Despite being 3-1 down they came back to beat Havant and Waterlooville 4-3.

With 11 goals over the two clubs’ previous round of fixtures this Saturday’s game almost promises goals.

Dave Challinor has no new injuries to report. Gime Toure got off the mark with a goal on Tuesday evening and maybe giving the manager headaches regarding selection.

In the 2012–13 season The Whites reached the Conference South Play-Offs, only to lose in the final to Salisbury City. In the following season the team reached the second round of the FA Cup and made the Play-Offs once more and, on 10 May 2014, they beat Ebbsfleet United 1-0 to seal the club’s return to the top flight of non-league football for the first time since 2002. In May 2016, in just their second season at this level, Dover Athletic finished fifth to make the National League Play-Offs but lost out to that season’s Promotion Final winner Forest Green Rovers. Dover have continued to be playoff threats and missed out on last season on goal difference as AFC Fylde secured the final spot.

The most successful manager in Dover Athletic’s history came to Crabble as a player in 1985. However, it was to be on the touchline where he would make his name. In his first reign, he took the club from the foot of the Southern League to the Conference after winning the Southern League Southern Division and the Southern League Premier Division twice, reaching the Conference in 1993 for the first time. After promotion in 1993, Kinnear led the club to eighth place in the first Conference season after an incredible start saw the team challenging at the top of the table before slipping away. After a successful spell at Margate, and time at Wolverhampton Wanderers as a scout, Kinnear returned to Dover Athletic early in 2013 as Manager and led his side to the Conference South playoff final in his first five months back at the helm. Today’s game will be the third ever meeting between the two sides. The teams first met in November 2017 at Crabble with AFC Fylde winning 1-0 courtesy of a late strike by Danny Rowe. The return game at Mill Farm came in February. After a goalless first half the match ended 3-1 to the Coasters.

Striker Jamie Allen enjoyed a short loan spell at AFC Fylde in 2014, he scored one goal in five appearances before returning to Fleetwood Town. Allen joined Dover in 2017, he only featured in 12 games last season scoring once in the process. This season he has hit the ground running and already has three goals from the first four games. 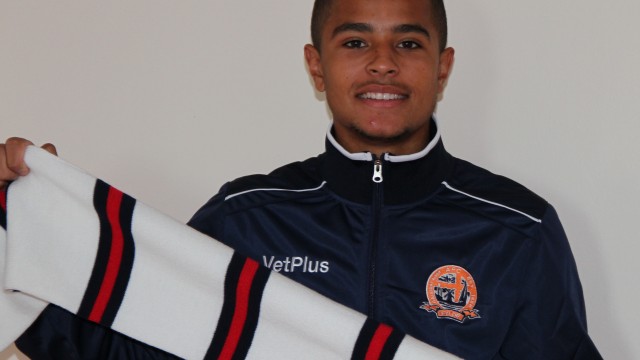 Mitch Brundle joined Dover on a two-year deal in June 2017 and captained the side last season. The Londoner, who can play in midfield and at full-back, made 34 National League appearances for Gateshead before making the move to Crabble. Brundle joined the Heed from Braintree Town after making 77 appearances for the Essex club. He was a member of Braintree side that finished third in the National League before losing to Grimsby in the play-off semi-finals in the 2015/16 season. Brundle started his career in the youth ranks at Yeovil Town before joining Bristol City. While at City, he made seven Football League appearances while out on loan at Cheltenham Town in the 2013/14 season. You can book by contacting the Club Shop on 01772 598855, alternatively, to book online please click here.