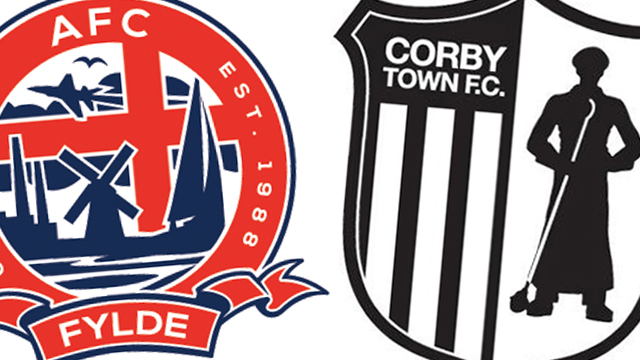 The Coasters will be looking to get back on track tomorrow evening following disappointment at the weekend against Worcester City.

Dave Challinor’s side tasted defeat for the first time in 2016 after a 3-2 home reverse at the hands of struggling Worcester.

However, the scoreline doesn’t tell the full story as Fylde found themselves two goals and a man down inside the opening 20 minutes.

Despite the nightmare start, the Coasters dragged themselves back into the game with a sensational comeback only to suffer late heartbreak as Worcester found a winner.

The result leaves Challinor’s side fourth in the table and seven points behind league leaders Solihull Moors, who were thumped 6-0 by Harrogate Town, with two games in hand.

Tonight’s opponents Corby Town currently find themselves in the drop zone, however they would climb out if they were to get anything this evening.

The Steelmen have won just twice in the last 10 games – their most recent defeat coming at the weekend at home to Gainsborough Trinity.

Despite their frailties at the back, Corby boast one of the league’s top scorers within their ranks. Frontman Greg Mills has been in fine form and currently has 12 goals to his name.

The Coasters came out top when the two teams met in the reverse fixture at Steel Park earlier in the Season. Richie Baker netted twice, before Duane Courtney gave Fylde a scare with five minutes to go, but it turned out to be mere consolation as the Coasters went top of the league.