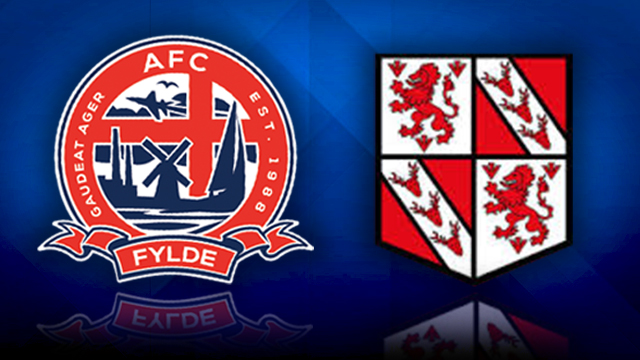 The big day has almost arrived! After years of planning and hard work, AFC Fylde will move into their new home on Saturday in a historic day for the club.

Brackley Town are the first ever visitors to the new stadium and the Saints have got off to an impressive start to the new season.

A goalless draw against Tamworth on the opening day was followed up with a fantastic 2-1 victory away at Kidderminster Harriers, who themselves won 6-1 in the first game.

Brackley have strengthened significantly over the summer after narrowly avoiding relegation on the final day last term and two of their recent acquisitions, James Armson and Alex Gudger, sealed the points last time out at the Aggborough Stadium.

Fylde themselves got off to the perfect start to the new campaign with a solid 1-0 victory away at AFC Telford United last weekend.

The result was made all the more impressive considering no less than six players made their debuts at the New Bucks Head Stadium.

Striker Danny Rowe picked up from where he left off last season with the only goal of the match and will certainly be looking to open his home account as early as possible.

The two clubs could not be separated last season, first drawing 2-2 in a rain-soaked match at Kellamergh Park back in November before playing out a goalless draw at St James’ Park towards the end of the season in contrasting weather conditions.

Defender Steve Williams will be hoping to make his Coasters debut this weekend after recovering from a hamstring injury that ruled the summer signing out of the opening day trip to Telford. Midfielder Sam Finley will serve the second match of a four-match ban.

Make sure you pick up your new look Matchday Programme, priced at just £2. With 52 pages jam-packed with all the latest information, player interviews and posters – the first ever programme at Mill Farm is not to be missed!

Following the release of the new shirts, any supporters who are at Bradleys Sports bar before the match proudly sporting their new shirt will be entered into a prize draw to win hospitality for two in Churchill’s against Salford City (Tuesday 23rdAugust) – valued at £130!

The Premier League season kicks off on Saturday as Champions Leicester City take on newly-promoted Hull City so why not get down to Bradleys nice and early and take advantage of our first ever HAPPY HOUR! With Fosters priced at just £2.00 and FREE chicken wings on offer between 12-1pm, kick Saturday afternoon off in style!

There will also be the chance to meet and have your photo taken with our new Ladies Team who will be in the bar from 2pm onwards.