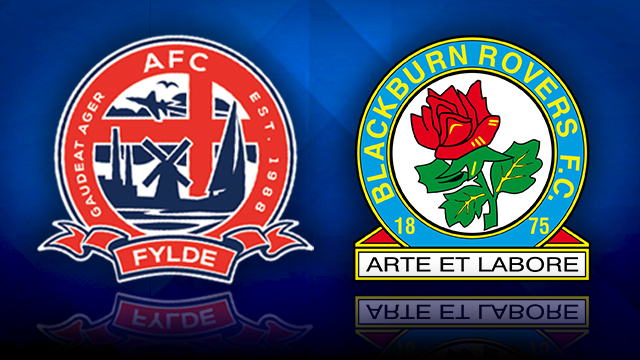 The Coasters face Blackburn Rovers a few days earlier than expected and have now been able to add an extra pre-season fixture to their schedule on Saturday against Tranmere Rovers.

Fylde have produced a mixed bag of results over their first five pre-season games, however they have won the last two on the bounce.

The schedule kicked off with a 2-0 defeat against Stranraer and a narrow 2-1 reverse against Rochdale, before a stunning comeback saw the Coasters seal a 3-3 draw at Nantwich Town.

Victories over Runcorn Town (5-1) and League One side Oldham Athletic (1-0) have followed and manager Dave Challinor will be hoping to end the warm-up campaign on a high, but admits he won’t be taking any risks.

“Blackburn were struggling to send a strong side for the original game,” added Challinor. “Thankfully they have managed to get one together for tonight instead. This gave us the chance to arrange an extra match against Tranmere at the weekend so it has worked out quite well in the end.

“Some lads will train today and some will play. We have a lot of tired legs so it also gives us a chance to have another look at trialists.

“We certainly won’t be full strength tonight but we can manage the game how we see best. We have to be a bit careful but over the course of these last two friendlies everyone will get a run out in preparation for next Saturday at Telford.”

Blackburn Rovers’ development squad, managed by Damien Johnson, have also endured an array of pre-season results with a 4-0 victory over Charnock Richard followed up by a 2-2 draw against Bamber Bridge and most recently a 4-1 defeat to Stockport County.

The Coasters came out on top against Rovers last summer with goals from Josh Wilson, Joe Whittington, Danny Rowe (2) and Dion Charles securing a comfortable 5-1 victory.