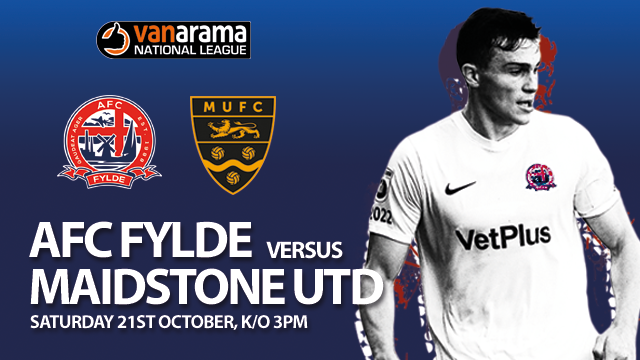 Attention returns to the National League campaign this weekend after the excitement of the FA Cup.

The Coasters were rewarded with a home tie against Kidderminster Harriers in the first round of the FA Cup after Danny Rowe’s goal saw off Wrexham in a tight game last time out at Mill Farm.

This will be the first ever meeting between ourselves and Maidstone and the Coasters will be keen to get their league season back on track after just one win in the last eight.

Last time out in the league, Fylde slipped to a narrow 2-1 defeat away at high-flying Sutton United and currently sit 19th in the table with a record of three wins, seven draws and five defeats from the opening 15 games.

Striker Danny Rowe has continued to make light work of the step up and his goal in the cup was his seventh of the season in all competitions. The frontman is just two behind league front runners Bruno Andrade and Corey Whiteley who have bagged eight for Boreham Wood and Dagenham & Redbridge respectively. However, both of the top two have scored two penalties each.

Visitors Maidstone United are 9th in the league standings, just two points outside the play-off places. However, they are without a victory in their last two outings following a 2-0 home defeat against Bromley and most recently a 1-1 draw with struggling Guiseley.

Maidstone needed a replay to get past their FA Cup qualifying match against Enfield and eventually saw off their Isthmian League opponents with an extra-time victory on Tuesday evening.

Don’t forget to pick up your official matchday programme at the game, packed with all the latest news and views, action and reaction, whilst Zaine Francis-Angol talks to us in an exclusive interview about his date with former employers Kidderminster in the FA Cup. 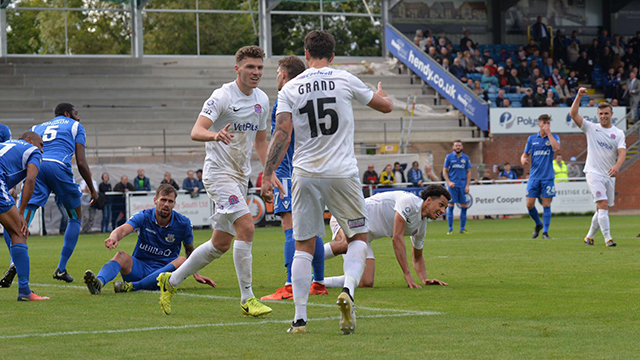 Team news:
Defender Jordan Tunnicliffe returns to the squad after recovering from an achillies injury, as does midfielder Henry Jones who missed last weekend with a groin strain. Fellow midfield man Lewis Montrose will serve the second game of a two-match ban, following his second red card of the season at Sutton United.