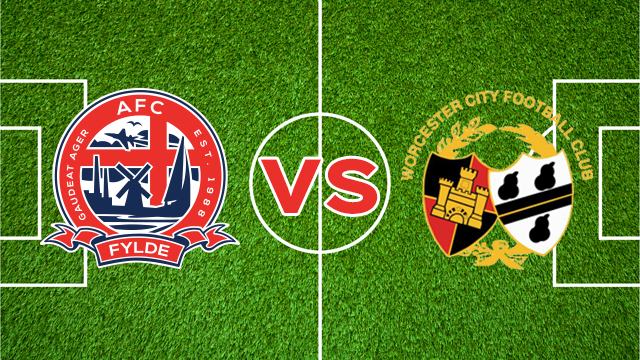 Worcester have won their only three games this season within the last five games as they didn’t win any of their first five. They beat North Ferriby, Lowestoft and Chorley.

Admission for this game is £10 for adults, £7 for concessions and completely FREE for Under 16′s & Armed Forces Personnel.

The match kicks off at 15:00 pm at Kellamergh Park.

The return fixtures between Fylde and Worcester City is at Aggborough on January 24th 2015.